Twitter user, @Chrisssssy_Payn had taken to the micro-blogging platform, to narrate how her friend discovered that her boyfriend of 5 years has been married for 7 years.

According to her, the man got exposed after he flooded his WhatsApp status with messages of love for his wife in celebration of his 7th wedding anniversary while describing how she has been the only woman in his life.

Sharing the shocking story, she wrote:- 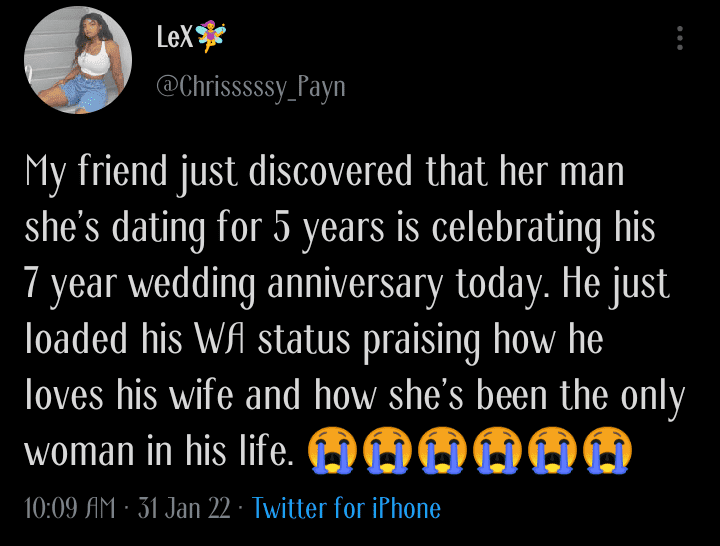