Justin Bieber snubbed calls for him to cancel his performance at a Saudi Arabia show over the kingdom’s human rights practices and performed at the Jeddah Corniche Circuit on Sunday.

The Canadian pop star, 27, donned a red ensemble of a jersey and athletic pants onstage for his performance in conjunction with the F1 Grand Prix, performing a set that included the tracks Deserve You, Somebody, and Hold On, according to TMZ.

His wife Hailey Baldwin, 25, shared a photo from the concert on her Instagram, writing, ‘Go baby’ in support of her spouse, who faced multiple requests to withdraw from the concert. 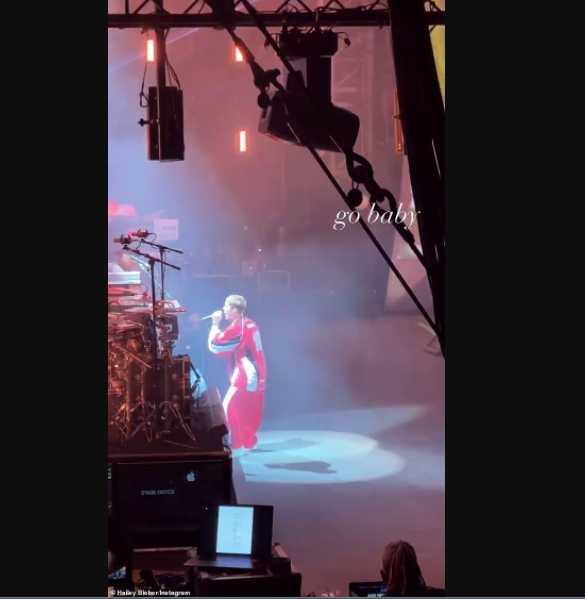 Other entertainers slated to take the stage for the F1 show included A$AP Rocky, Jason Derulo, David Guetta, and Tiesto.

Among the people who urge the singer to cancel the show included Hatice Cengiz, the fiancée of late Saudi critic Jamal Khashoggi, who was killed in October 2018 by Saudi agents in Istanbul, Turkey. 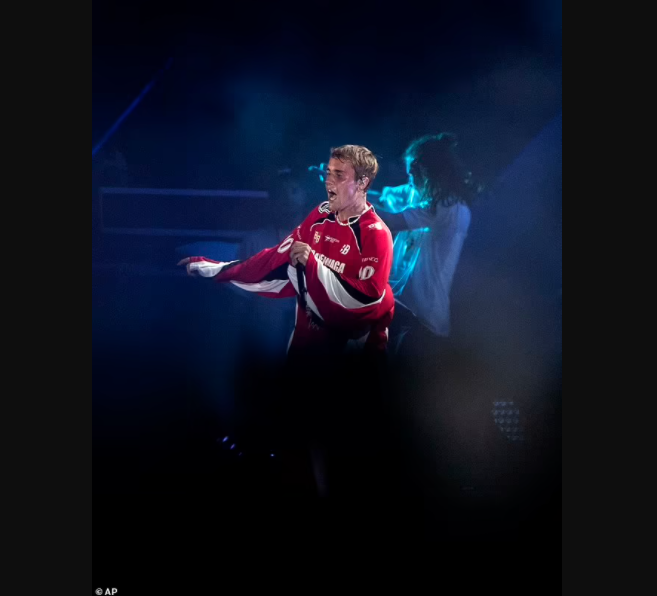 Cengiz, in a November piece in The Washington Post, said that cancelling the concert would make for ‘a unique opportunity to send a powerful message to the world that your name and talent will not be used to restore the reputation of a regime that kills its critics.’

She said that ‘nothing of significance happens in Saudi Arabia without his consent, and certainly not an event as important and flashy as this.

‘Your face is even featured on the event’s website with his – the executioner of my fiancé, Jamal.’

Cengiz added in the letter to Bieber, ‘If you refuse to be a pawn of MBS, your message will be loud and clear: I do not perform for dictators. I choose justice and freedom over money.’

“Thank God We Don’t Look like What We’ve Been Through”- Sandra Iheuwa Writes, Days after Messy Fight with Her Husband