#JusticeForOliver: Taraba youths protest over the alleged killing of graduate by a police officer

Nigerians are demanding justice after a graduate of Taraba State University was shot dead, allegedly by a police officer over 50 Naira bribe.

Oliver Ezra Barawani was allegedly shot dead by the policeman at a checkpoint in Kpanti Napo, near Jalingo on Monday, November 22.

It was gathered that the Taraba State University graduate was driving alongside his boss, the Chairman of Lau Local Government Area, when the incident happened.

He was transported to the hospital where he was confirmed dead. 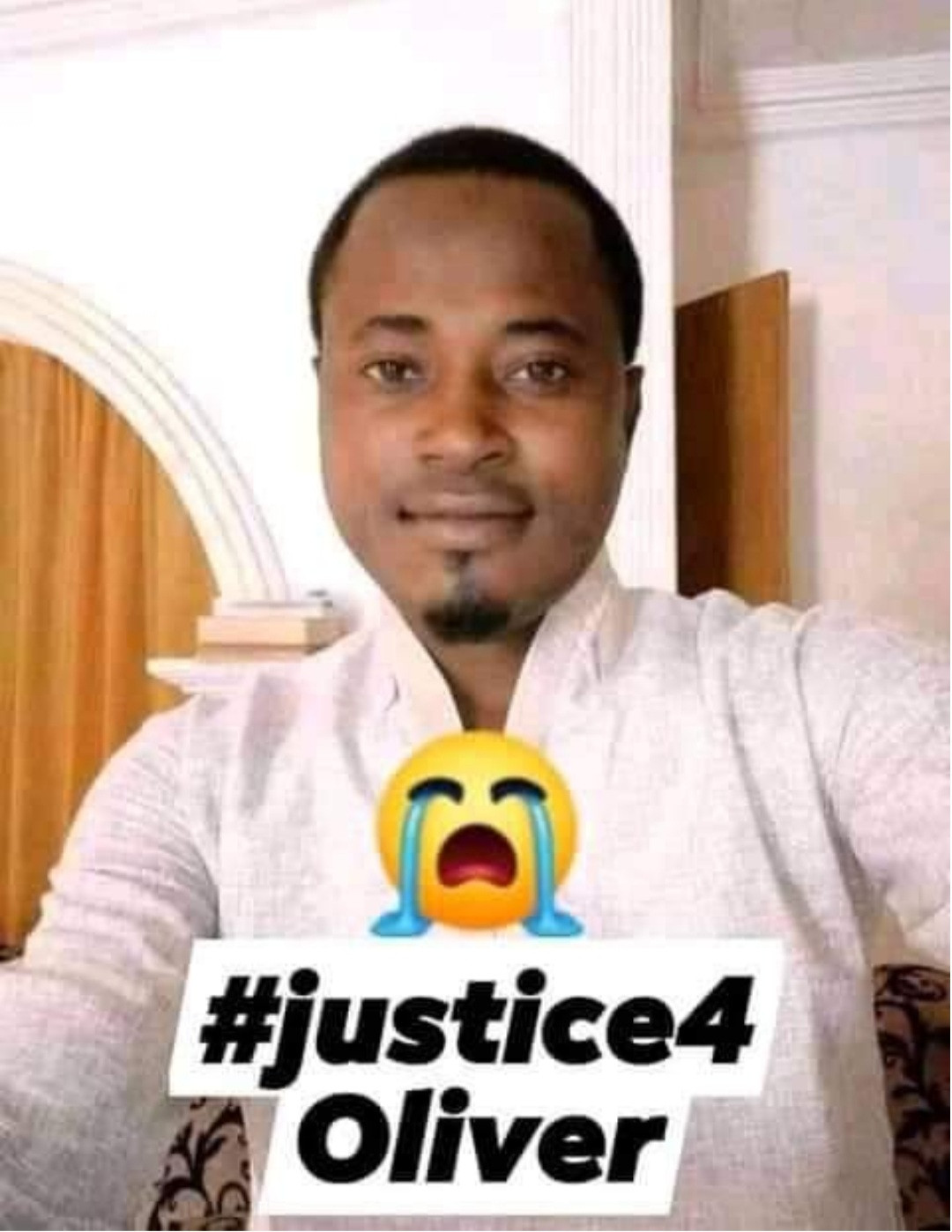 Friends and colleagues of the deceased have gone on social media to demand justice following his death. Also, some Taraba youths took to the streets, carrying placards to ask for justice. 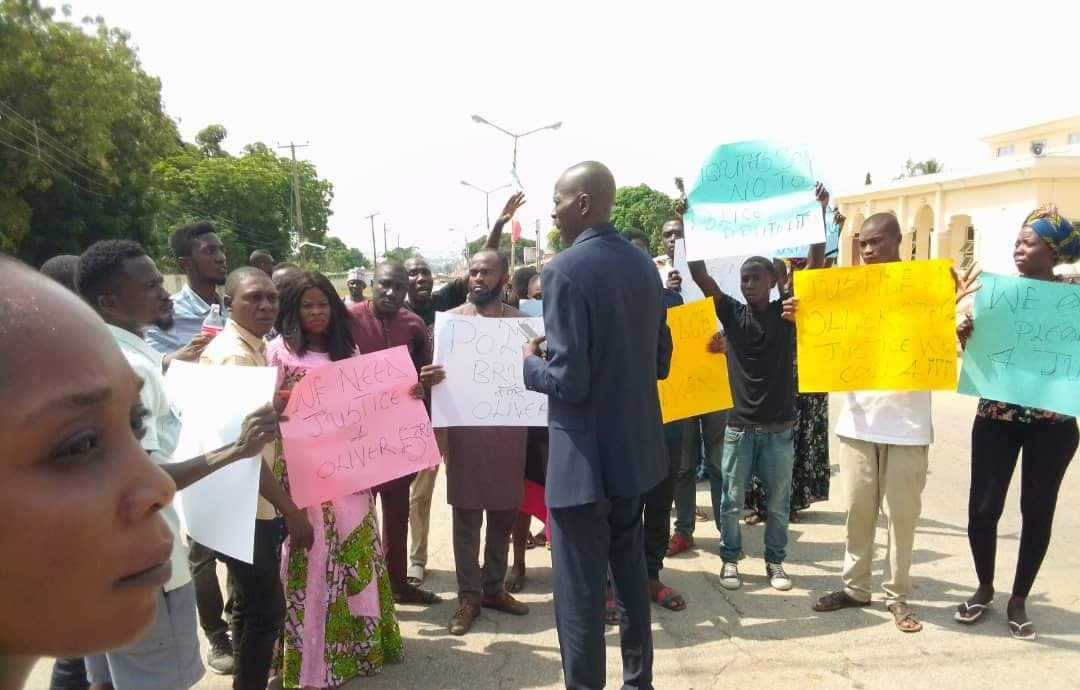 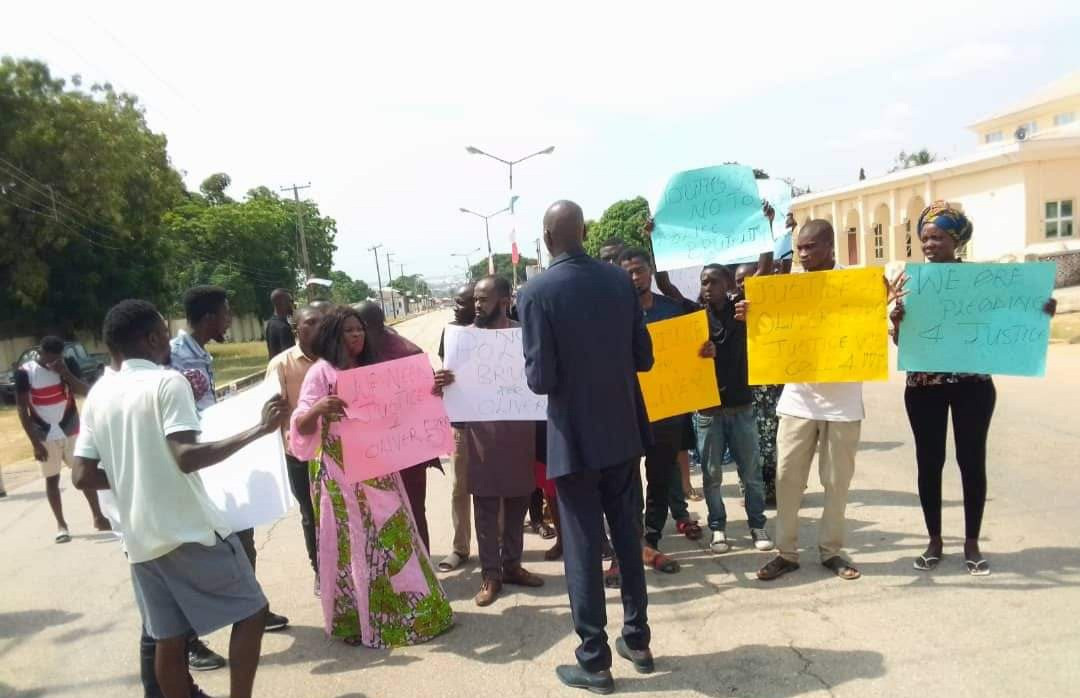 The deceased is the son of one of the pioneer pastors Of EKAN Muri / UMCN Late Rev. Ezra Barawani. His mother Mrs. Rhoda Barawani is a renowned retire teacher, and Women Leader in UMC.

Two police officers have reportedly been arrested in connection to his death. 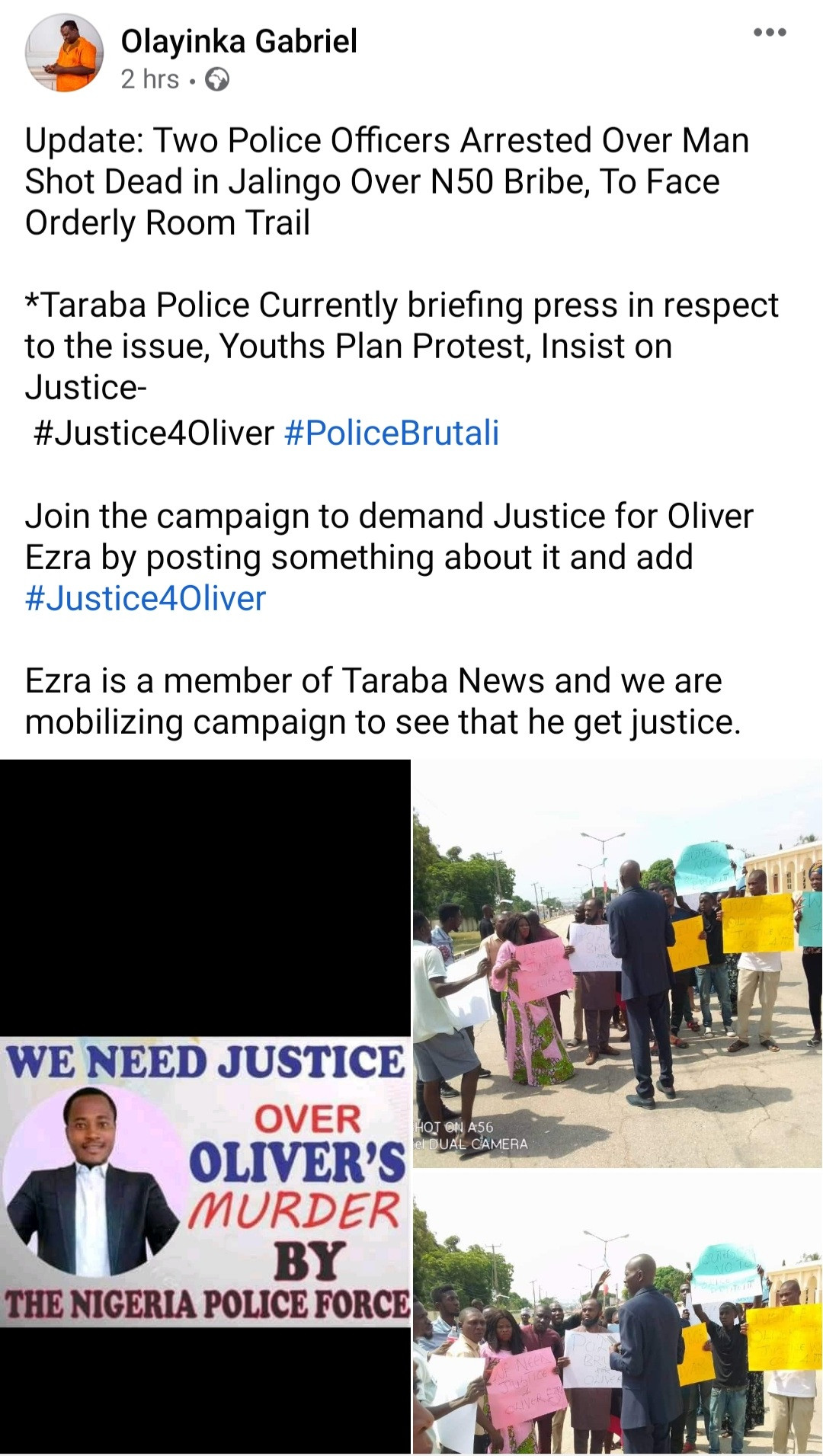 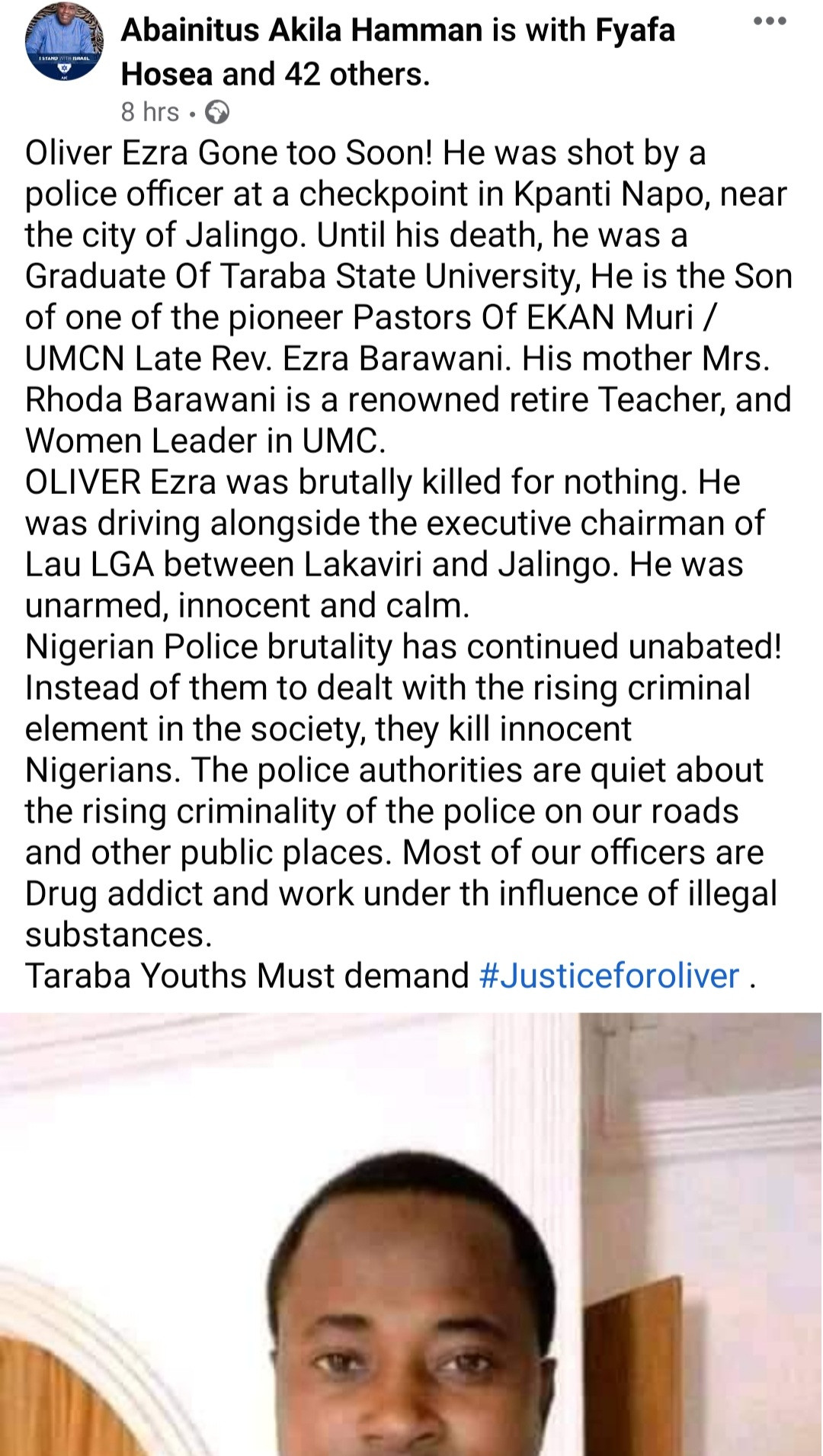