JUST IN!!! Long Queues Resurface In Ibadan As Petroleum Stations Shut Down

NAIJALOADED correspondent who went round some strategic areas in Ibadan on Wednesday and Thursday observed that long queues of private and commercial vehicles, motorcycles and tricycles have resurfaced in most of the petroleum stations in the ancient city. 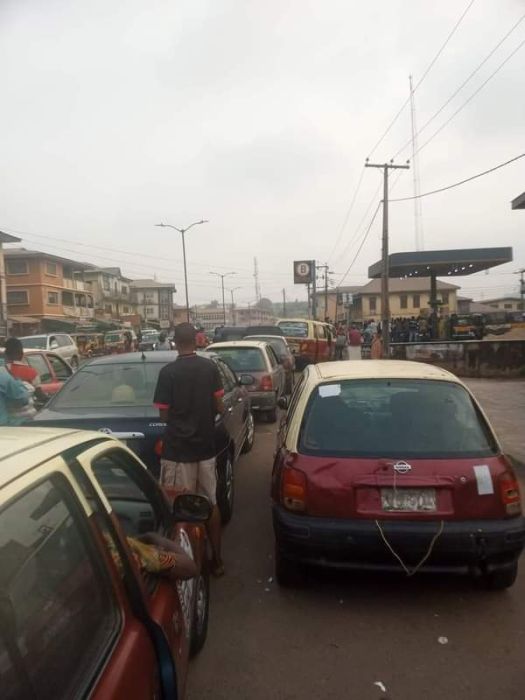 Our correspondent gathered the long queues started on Wednesday when some of the petroleum stations closed their doors against prospective buyers owing to an alarm raised by the Federal Government that some adulterated petroleum products have been imported into the country.

This made majority of the petroleum stations to close.

The closure resulted into long queues in most of the petroleum stations that opened for customers.

Findings by NAIJALOADED revealed that the few stations that belonged to the independent marketers sold the product between N185 and N200.

Only few petroleum stations that belonged to major marketers such as BOVAS, MOBIL and Total maintained their prices of N162 per litre.

However, Chairman of the Independent Petroleum Marketers Association of Nigeria (IPMAN), Mr. Bukola Mutiu, when contacted on Thursday, said that he cannot react now because he was in the middle of a program.