“It has been paradise on earth for me” – Musician, KWAM1’s new wife, Emmanuella mark their one week wedding anniversary

The businesswoman shared a photo with her husband and gushed over how he pampers her and showers her with undying love.

She described him as her king and stated that their marriage has been paradise on earth for her.

“Today marks 7 days of our solemnization, it had been paradise on earth for me, my king @kingwasiuayindemarshal had brought out the Queenly part of me with his adoring pampering and unending love. His bosom…my place of rest” 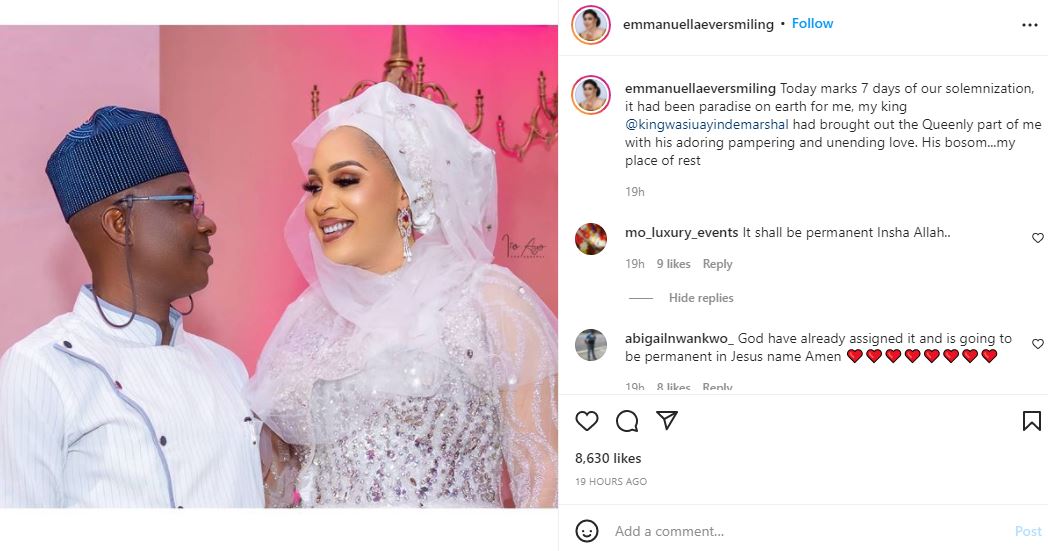 The lovebirds officially tied the knot seven days ago, after weeks of sharing photos of each other on social media and expressing their love for each other.

The wedding took place at the Palace of the Alake of Egbaland, Ake, Abeokuta, Ogun State.

Wasiu is 64 years old and has fathered about 40 children from many women.