The Islamic Republic of Iran has unveiled new missiles known as ‘khaibar buster’ with a 900-mile range that could hit American bases in the middle east and also attack Israel..

The missile is named after a Jewish castle overrun by Muslim warriors led by Prophet Mohammed in the early days of Islam. 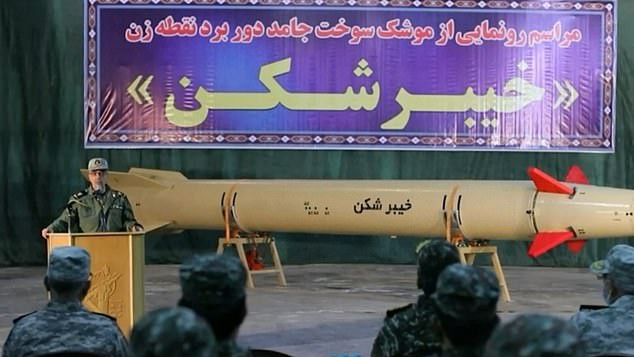 He said during the unveiling: ‘The enemies of the Revolution and the Islamic Republic do not understand anything but the language of power and force’.

It was unveiled during a visit to a surface-to-surface missile base of the Guards’ air force, with the chief of the aerospace department Amirali Hajizadeh present.

The unveiling comes at critical moment as Iran and Western powers talks in Vienna to revive the 2015 nuclear deal. 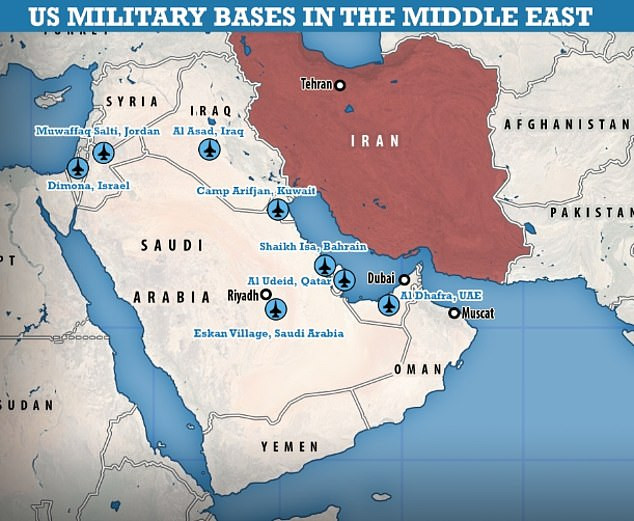 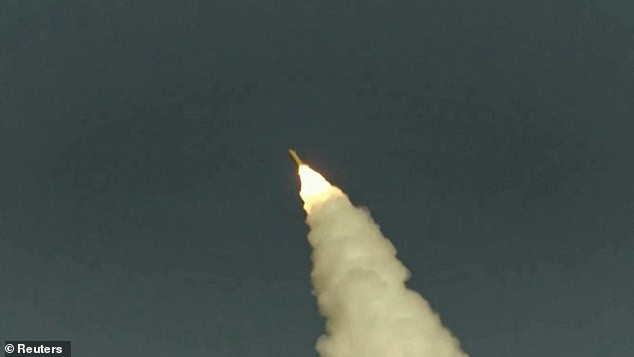 US National Security Officials on Wednesday, February 9, told senators in a closed-door briefing that Iran could have enough enriched uranium for a nuclear weapon within weeks

The missile has high accuracy and can defeat shield systems, state media says although the claim is not yet verified. 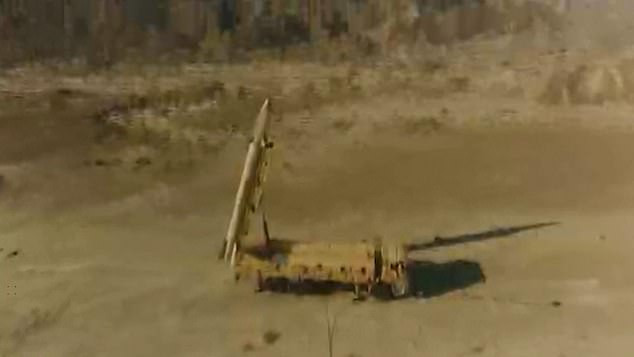 ‘And I left the briefing more certain than ever that we better be serious about trying to get back into an agreement.’

Iran has pushed ahead with producing enriched uranium since President Donald Trump withdrew from the 2015 nuclear deal four years ago.