Arogundade in a Facebook post he shared, said he had just arrived the Murtala Muhammed International Airport in Lagos, from The Gambia, when he was detained by DSS operatives around 3:30pm.

He reportedly travelled to Banjul, The Gambia capital, to train journalists on conflict-sensitive reporting. The IPC Director wrote;

“This is me at the DSS office at the International Airport Lagos where I’m being held or detained against my wish.

“I have just returned from Banjul where I went to train Gambian journalists on conflict sensitive journalism.

“Ever since the days of military rule, I get molested by DSS and Immigration at the airport. This nonsense has to stop!” 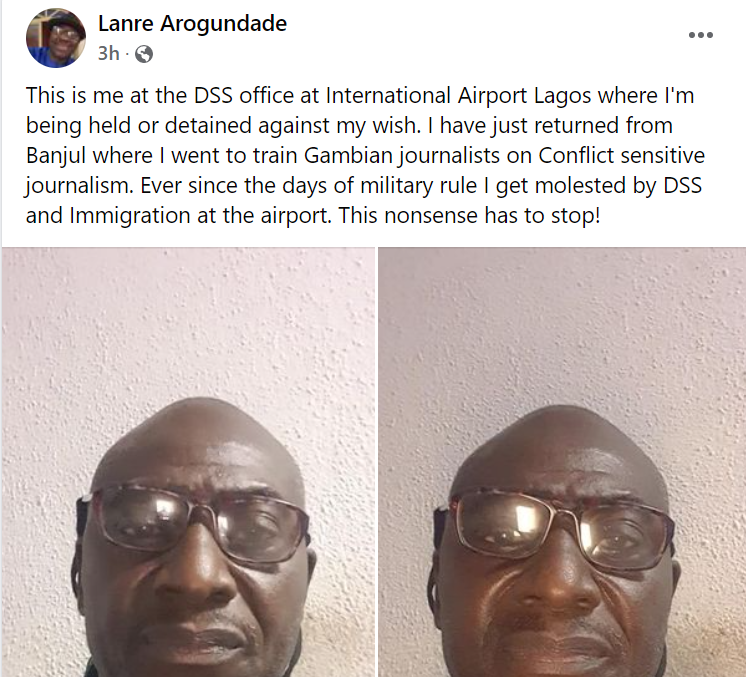 Hours after he shared the post, Arogundade revealed that he’s been released and his passport has been returned to him.

To all…thanks. My passport has been returned by the DSS and I’m now just leaving the airport despite arriving since 3.30pm. I will update further. 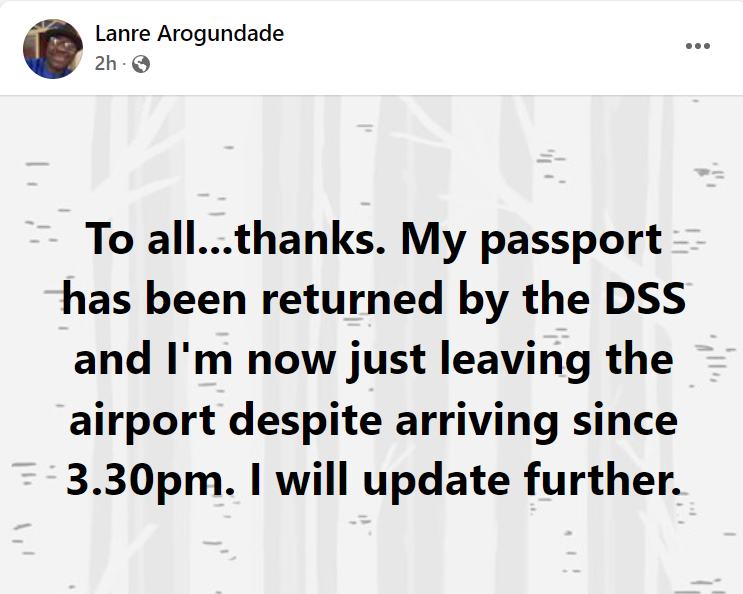