“I’m not proud of what I did” Cy4Luv’s husband, Yomi, apologises for calling her a ‘f***ing disgrace of a wife’ after she shared her birthday wishlist online

Yomi Lowo has apologised to his wife Cynthia Lowo, popularly known as Cy4Luv, for calling her out on social media a week ago.

Ahead of her birthday, Lagos Socialite and influencer Cy4Luv had shared her birthday wishlist and encouraged anyone who wants to buy her any item on the list to reach out to her personal shopper.

This did not go down well with her husband and he called her a “fucking disgrace of a wife”.

He also accused her of not being content with his pocket.

He has now returned to social media to apologise for his actions.

He admitted that it is wrong for a man to discuss his marital issues on social media.

He added that he let his “emotions and ego” get the best of him.

He then apologised to his wife and to their son for his public outbursts.

Read his apology below. 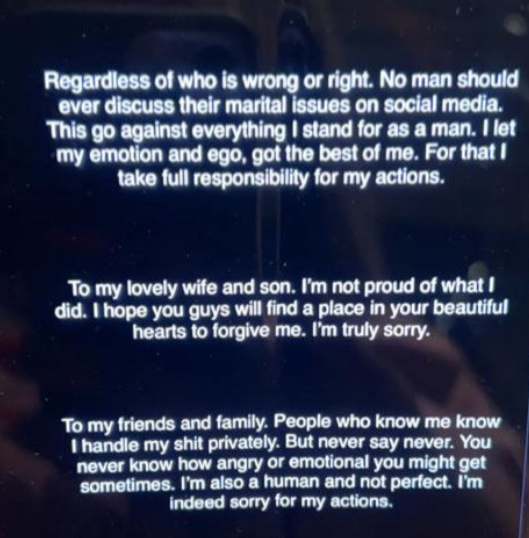