If your girlfriend is always demanding for things you can’t afford, chase her — Actress, Yetunde Bakare schools men

Nollywood actress and producer, Yetunde Bakare has advised netizens not to allow anyone put unnecessary pressure on them.

Taking to her Instastory, the actress pointed out ways people can handle pressure from their partners and parents.

According to her, if one’s girlfriend is always demanding for things they can’t afford, they should let her go without thinking twice.

She also advised people whose parents are placing huge responsibilities on them despite not having a stable source of income, to question where they are expected to get the money from.

“As a young man if your girlfriend is always demanding for things you can’t afford, please chase her..

As a child if your parents are giving you responsibilities knowing fully well that you’re not working, ask them how and where did they expect you to get the money!

Don’t let anybody to pressurize you!” 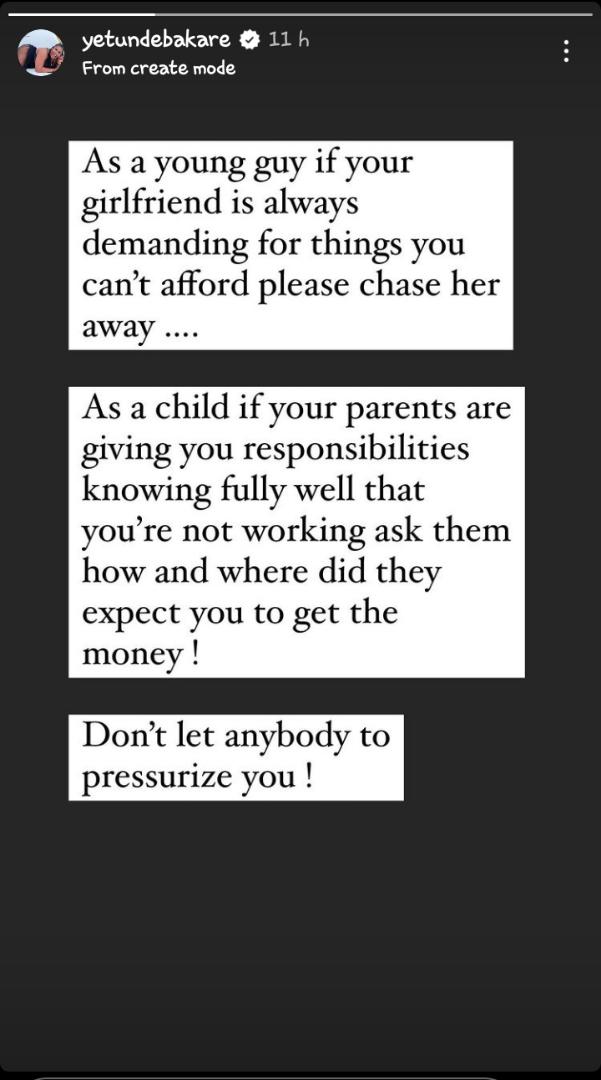