Actress Bidemi Kosoko has reacted to a viral video of a 23-year-old Kenyan man, Mark Njuguna,  physically assaulting his wife Mary Muthoni, using a belt while their baby is crying on the floor.

The suspect later grabbed the infant, who he claims is not his biological son, and tossed him over the sofa. 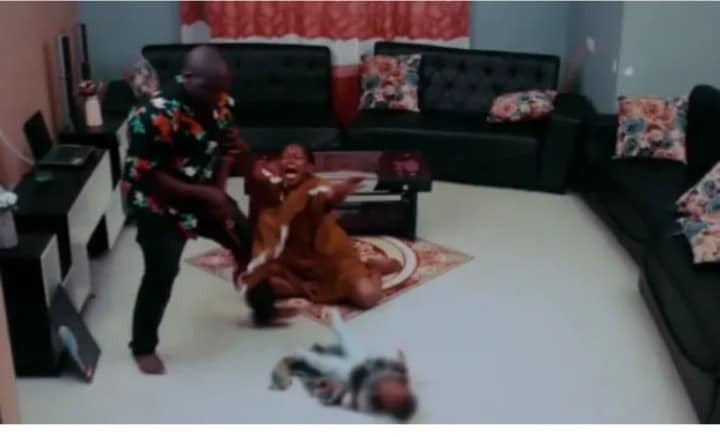 The infant died on the spot after landing on the concrete floor. Read story here

The actress stated that she has not been herself since she watched the video of the incident which occurred in the early hours of Tuesday, January 25.

Bidemi also told those in abusive marriages not to force it if it’s not working.  She wrote;

This is a cctv footage of a family, i wish its just a movie oooo

have not been myself ever since I watched this ………..omo this is a No No for me. See how he flinged that baby, please if its not working dont force it abeg take a walk forget what anybody will say kin se dandan oooooooo