Pastor Timilehin Adigun has reacted to Juliana Oloyede’s latest claim that he sexually abused her sister, which is why she couldn’t forgive him and had to leave his church.

Timilehin Adigun had been accused of holding onto Juliana’s social media accounts passwords and refusing to give them back to her.

He further stated that she left his church in 2020 after saying that she could not forgive him for something he did, which he already apologized for

Responding, actress Juliana, aka Toyo Baby, alleged that Timi Adigun sexually molested her younger sister which is why she couldn’t forgive him. She said he apologized to her family but the apology just wouldn’t do

Timi has now reacted. He denied the sexual assault allegation and said he’s ready to go to court to defend himself.

He added that he hopes Juliana will find peace. 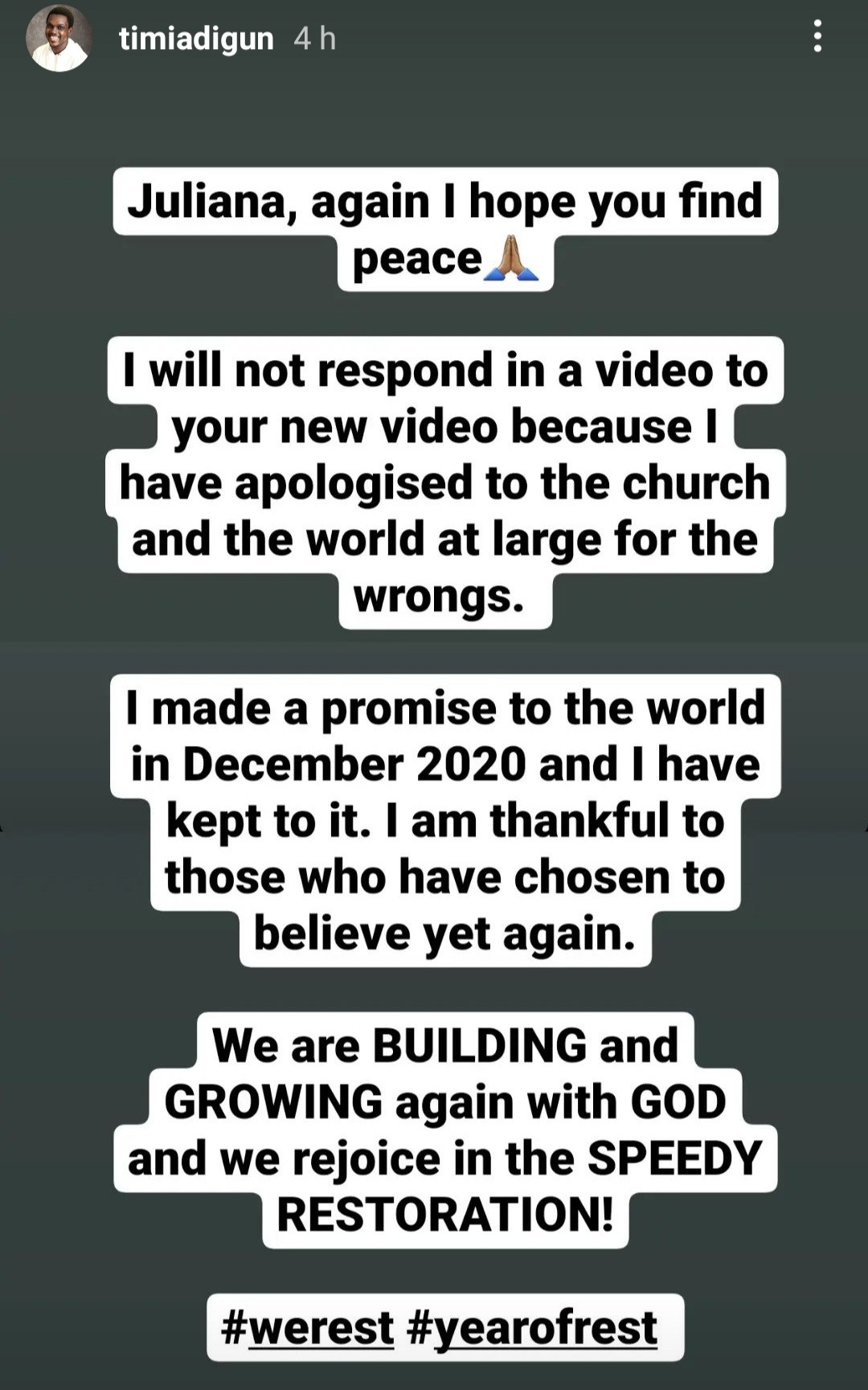 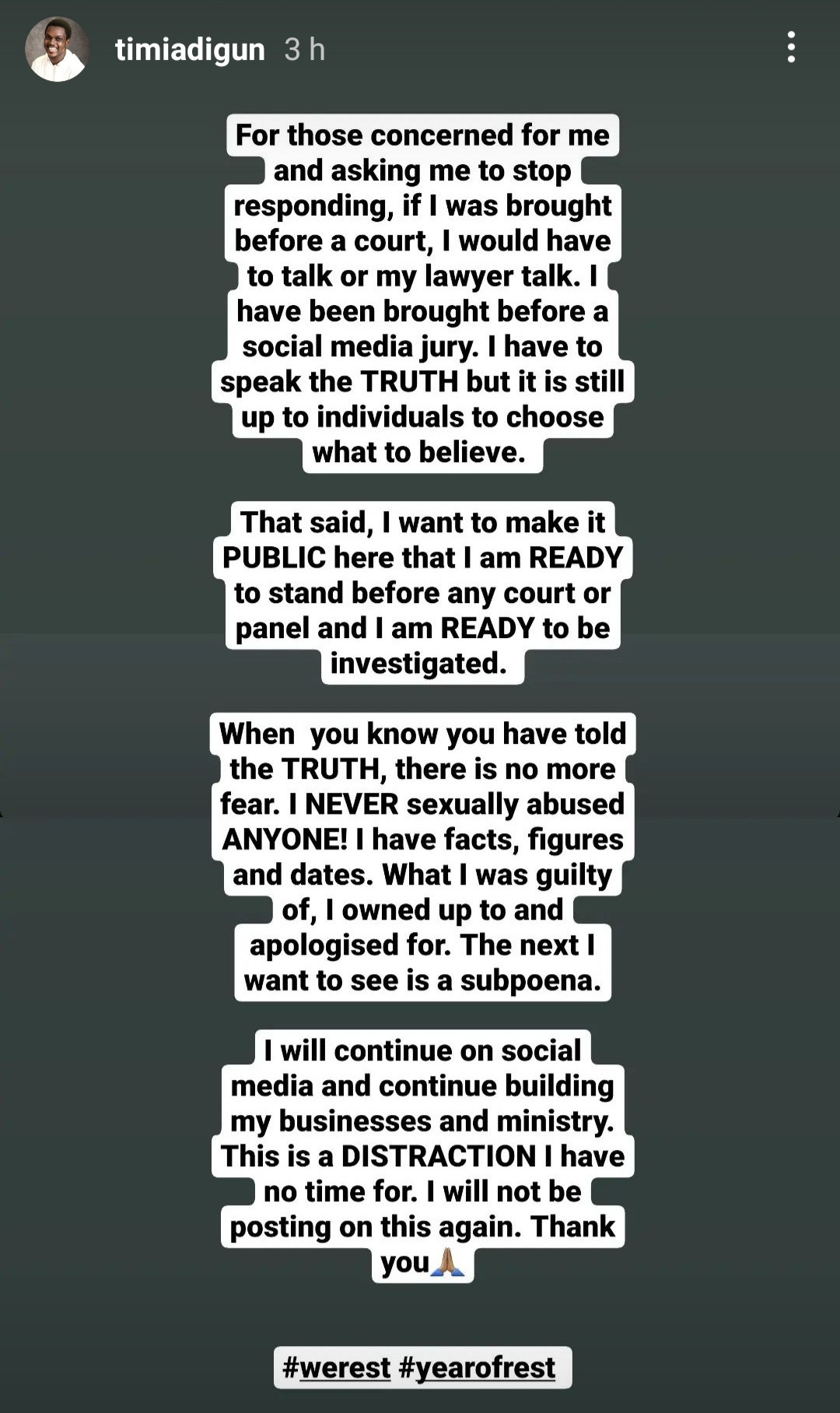