Report reaching us has it that a young man identified as Ayabotu Oyere Dennis has been killed by a mob who mistook him for a thief in Bayelsa State.

According to Endakuwe Opukeme Gmike, the incident happened in Yenagoa, the state capital on Tuesday, November 23, 2021.

It was gathered that the deceased, said to be a commercial tricycle driver, had unknowingly carried two suspected thieves who were being chased by some people.

The chasers allegedly hit his Keke and when he came down to enquire why they did so, the thieves fled.

The mob mistook him for one of the thieves, descended on him with weapons and beat him until he died. 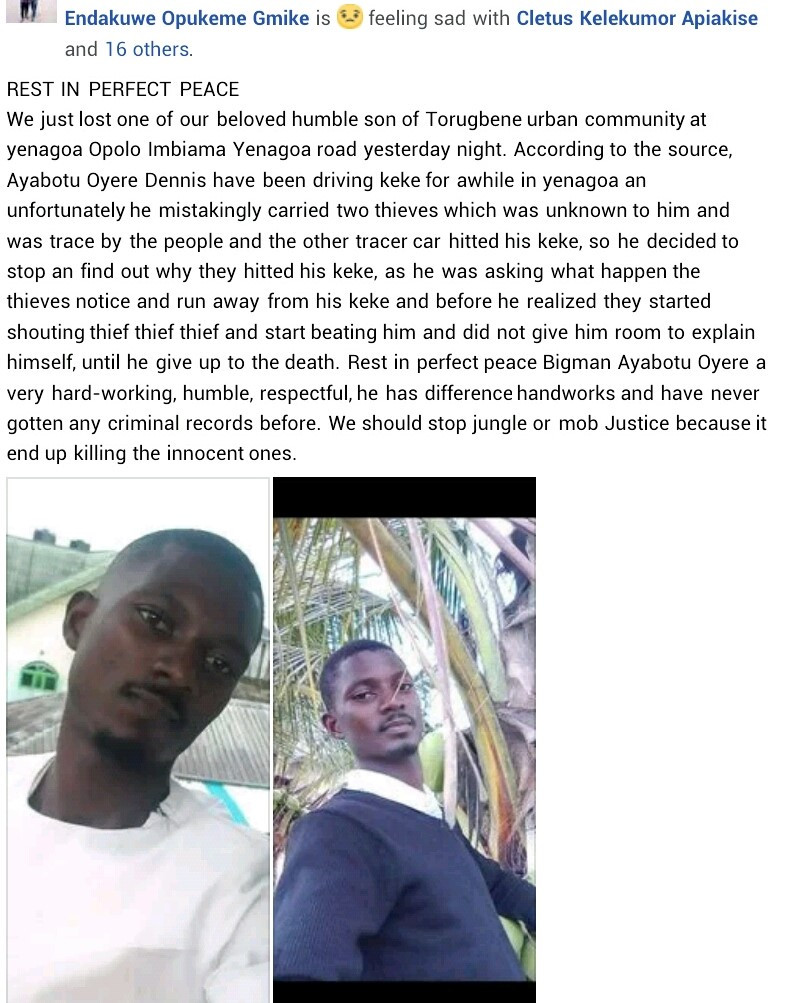 AFCON 2021: Nigerians drags Shatta Wale as Ghana crash out after defeat to Comoros