A conversation between a newly-married man and his wife over the number of kids they should have has gone viral on social media.

The wife, identified as @NisforNora on Twitter, who got married to her husband in December 2021, took to the platform to share their WhatsApp conversation and it has gotten netizens laughing online.

While she insists on having two children at once- twins, her husband argued that he wants four children and he backed it with an interesting point.

According to him, their mothers both had four children – two boys and two girls, and it’s expected of them to perform better than their parents.

However, @NisforNora stated that four children is too much and she is scared of having that many kids. Interestingly, her husband said she should have the four kids for him and she can take the two she is not ‘scared’ of and he will keep the remaining two. Lol.

She captioned it, “lmao not this man negotiating kids” 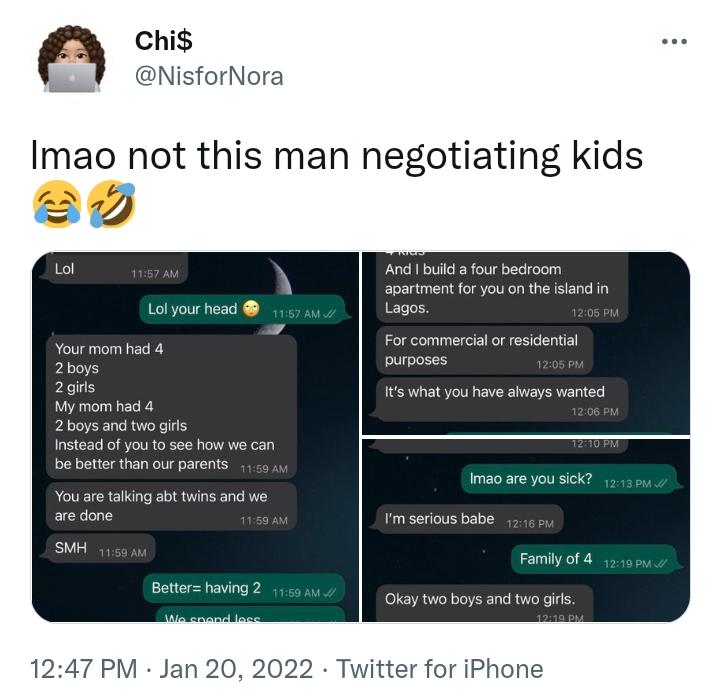