Heavily-armed Taliban fighters enjoy a day at the fairground (photos)

Heavily-armed Taliban fighters were pictured on Tuesday enjoying a day at the lake-side fairground near Kabul, weeks after the militant group took control of Afghanistan.

The group – ranging in age from 18 to 52 were seen posing with AK-47 and M4 assault rifles strapped to their chests during the fun moment at the small amusement park next to Qarghah Reservoir on the outskirts of the Afghan capital, where families and children normally ride the Ferris Wheel and carousel. 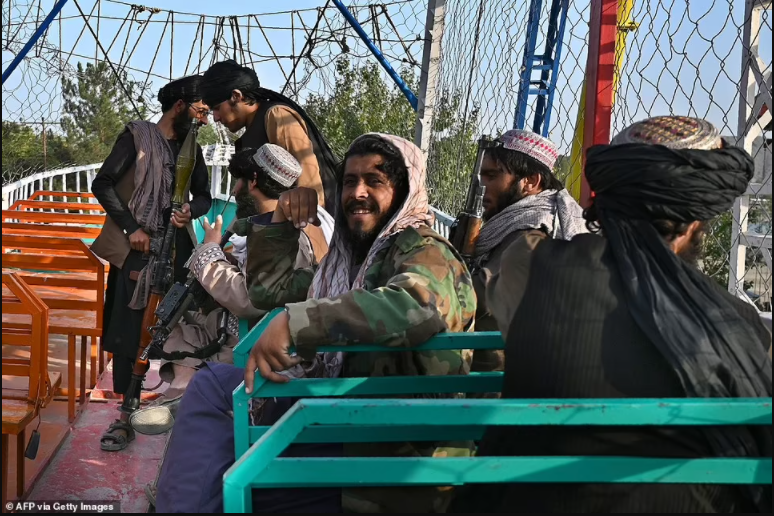 ‘This is Afghanistan!’ one Taliban fighter shouted while on a pirate ship ride at the fairground found in western Kabul. 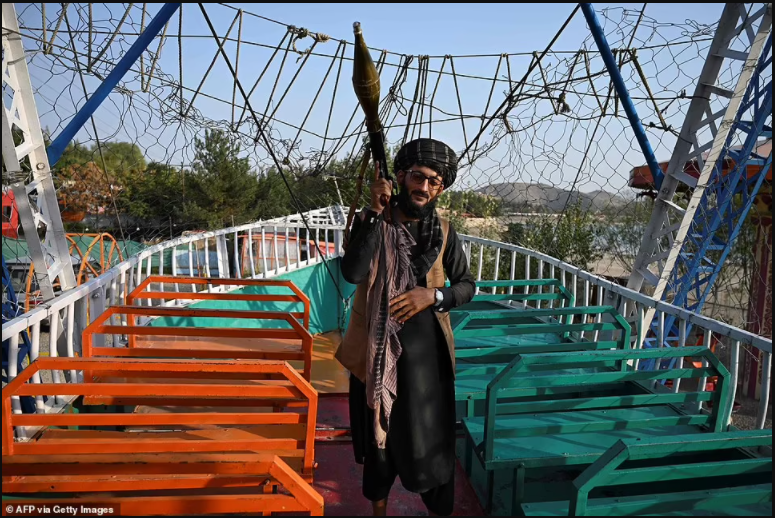 Since the Taliban takeover, Afghans have feared a return to the group’s brutally oppressive rule of the 1990s, when they banned music, photography, television – and even children’s games such as kite-flying. 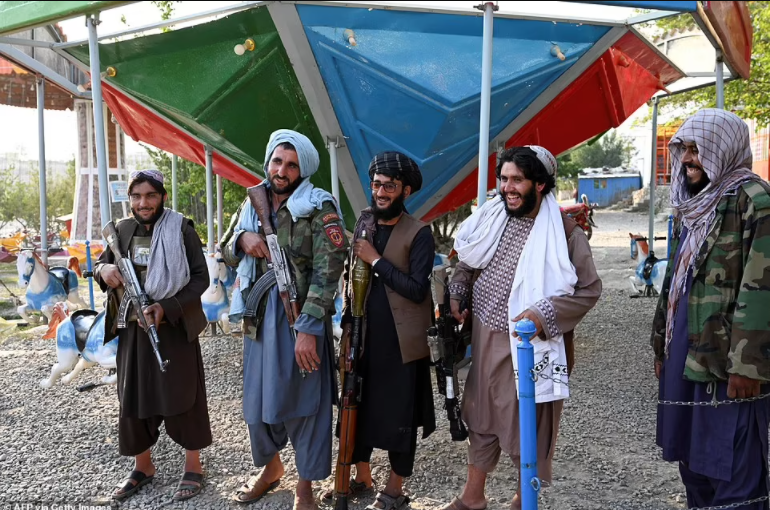 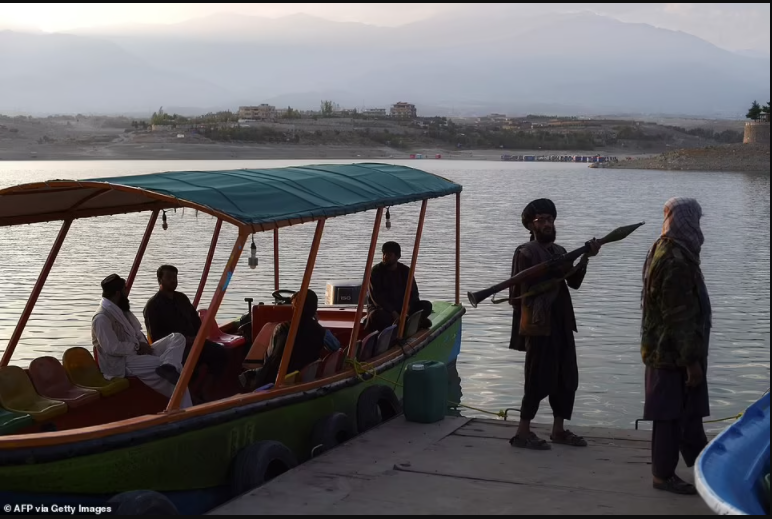 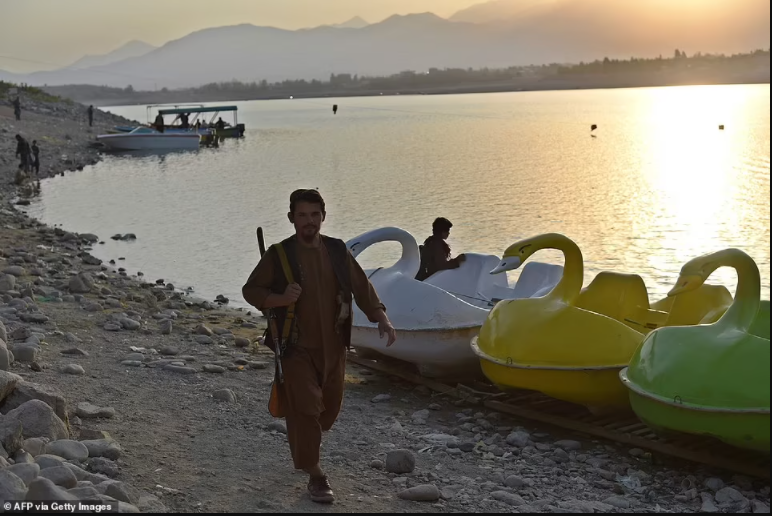 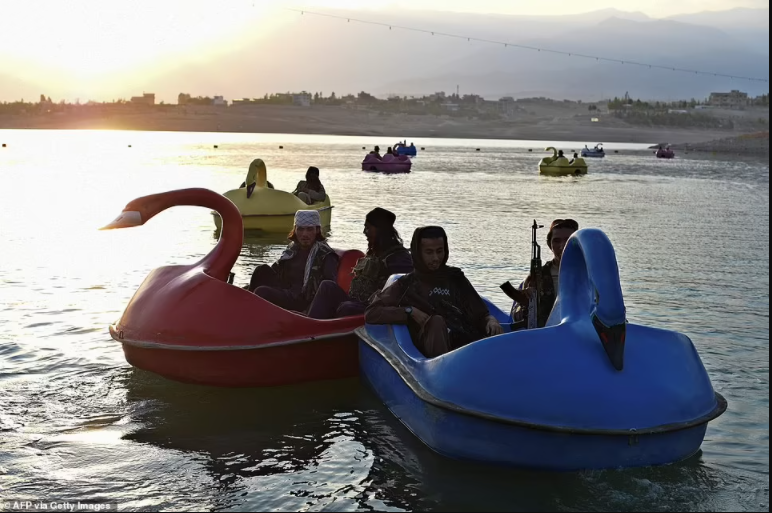 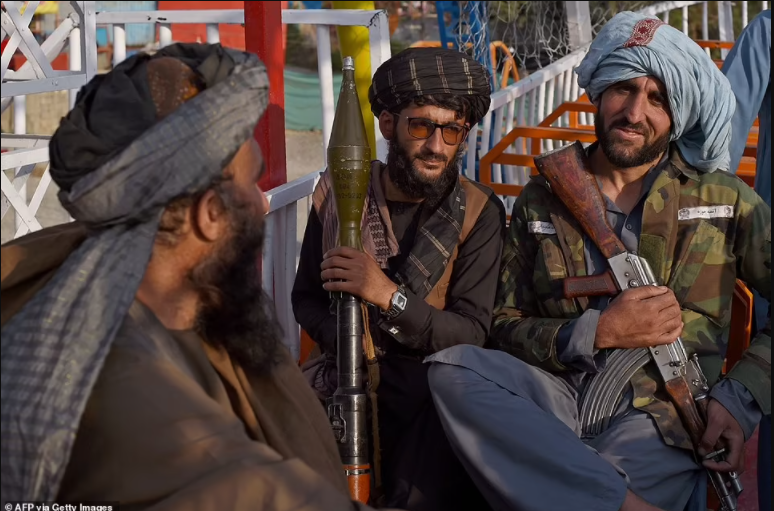