G@y p0rn star who accused an adult industry media bossÂ of ‘r@ping models’ is sued for Â£60,000 in libel damages 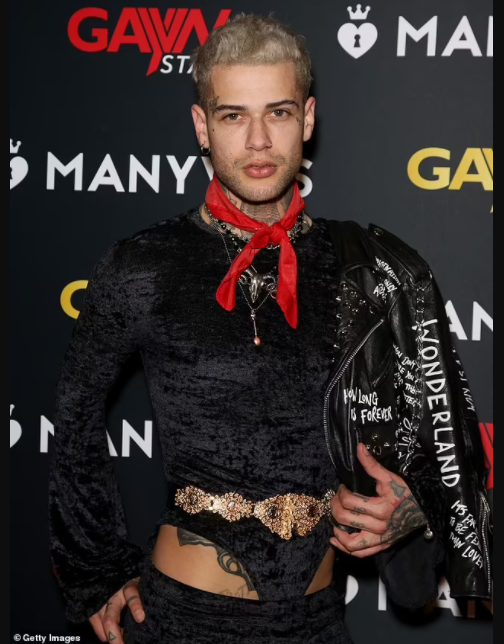 One of the tweets said: ‘Using your power as figure head in the industry to extort models & blackmail them into sex is UNACCEPTABLE!’

American businessman Mr. Aaronson denies any wrongdoing and accused Mr. Stones of making ‘toxic’ and ‘deliberately false allegations to harm him’ on Twitter and in a video interview on YouTube. 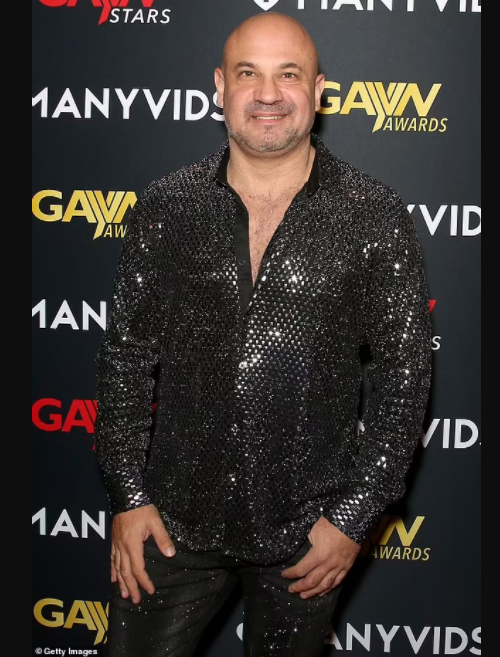 He is seeking an injunction to ban further allegations being made, plus damages of up to £60,000.

Manchester-based Mr. Stones agreed the tweets accused Mr. Aaronson of being a rapist, but told a judge at London’s High Court he stands by his online posts, saying he felt he had to speak up because claims of abuse by sex workers are often ‘laughed off’ when reported to the authorities.

He told Mr Justice Johnson he will put forward defences of ‘truth’ and ‘public interest’ to back his tweets at trial.

The businessman issued his libel writ in April last year following comments made by Mr. Stones on the Twitter account which had 17,000 followers, and in a video on a YouTube channel with 192,000 subscribers.

Mr. Stones had insisted that stories of purported victims ‘should be heard’, that individuals he had spoken to were not ‘the only victims’ and said he ‘won’t back down’, the barrister added.

At a pre-trial hearing, Mr. Stones, of Belle Vue, Manchester, agreed the tweets, which have since been taken down and the account closed, had accused Mr. Aaronson of ‘being a rapist’.

He told the judge Mr. Justice Johnson: ‘From the information given to me from outside sources, it is within my belief that these people were sexually assaulted.

‘In the sex worker industry, we have to stand up for ourselves and make our voices heard publicly.

‘In many cases when sex workers report attacks to the police, it’s often laughed off because we can’t be sexually assaulted because we are sex workers.

‘Is this not a case of public interest? We have to publicly take care of each other.’

The judge told him: ‘You accept that you wrote the tweets. The claimant says they mean he is a rapist. You agree with the claimant’s meaning. The meaning of the tweets is not disputed.

‘In reality, there is only one defence and that is truth – that the meaning of the tweets that the claimant is a rapist is true.

‘If you are claiming somebody is a rapist, they are entitled to know the details of that so they can meet the allegation.’

In court papers, Mr Aaronson’s barrister Gervase De Wilde says the allegations in the tweets and video are ‘toxic and highly reputationally damaging’.

He said: ‘The defendant has publicly admitted on the defendant’s Twitter account that he is unable to substantiate the allegations in the tweets but has nevertheless refused reasonable requests to withdraw and apologise for them.

‘By reason of the publication of the tweets and the YouTube video by the defendant, the claimant has suffered very severe upset, humiliation, hurt and distress.

‘In response to correspondence from the claimant’s lawyers and by reference to the claimant’s threatened legal complaint, (the defendant) published further tweets…in which he reiterated his refusal to apologise and said that he would not back down.’

Mr. De Wilde told the judge Mr Aaronson ‘wants vindication in relation to the false allegations of rape’, adding ‘the remedies sought all go towards him restoring his good name’.

‘The defendant made deliberate false allegations to harm him after the parties had a falling out over access to a website’, he said.

‘The defendant says in his defence that he is sharing a victim’s story and that his publications are a matter of opinion. But the underlying allegation is a factual one, not a comment.

‘It seems obvious that the defamatory meaning is that the claimant is a rapist.

‘The defence of making the statement in the public interest would only work if the defendant could show that he had taken steps in line with responsible journalism, including having approached the claimant and given him the chance to put across his side of the story in the interest of balance.’

The value of the claim in damages set out in the claim form is currently limited to £60,000.

The case will return to court at a later date after the judge granted 28 days for the defence to be amended and filed, plus another 28 days for a reply from the claimant.