Russia and China have released a joint statement pledging to support and cooperate with each other amid rising tensions with the West.

Both countries have now released a statement with China supporting Russia’s demands of a halt in NATO expansion while Russia supports China’s claim to control over Taiwan. 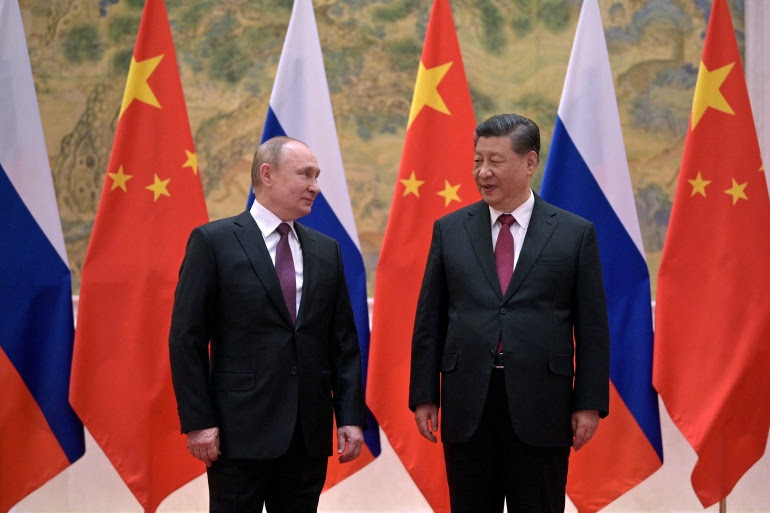 Russia and China said they “oppose further enlargement of NATO” and called the organization to “abandon its ideologized Cold War approaches” in a joint statement released Friday, February 4.

“Friendship between the two States has no limits [and that] there are no ‘forbidden’ areas of cooperation,” says the statement, which puts in writing the deepening of diplomatic ties between the two major powers, amid military tensions at the Ukrainian border where Russia has amassed 100,000 troops.

The statement does not mention Ukraine (or the European Union), but makes clear references to the current crisis.

“Russia and China stand against attempts by external forces to undermine security and stability in their common adjacent regions, intend to counter interference by outside forces in the internal affairs of sovereign countries under any pretext, oppose colour revolutions, and will increase cooperation in the aforementioned areas,” the document reads.

In the statement the U.S. is criticized over the AUKUS alliance in the Indo-Pacific region.

“The sides … remain highly vigilant about the negative impact of the United States’ Indo-Pacific strategy on peace and stability in the region,” the statement reads.

Moscow also reiterated its opposition to “any forms of independence of Taiwan.” China considers the self-ruling island to be part of its territory.