Nollywood Actress and mother-of-one, Tonto Dikeh has shared an Instastory post about friends who sit and entertain gossips of a fellow friend. 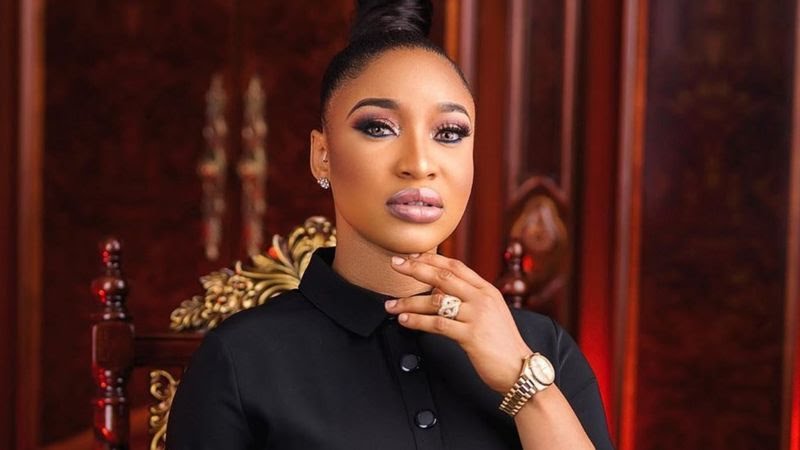 The actress described such people as “enemies in disguise” and also urged victims of such to run.

Tonto Dikeh further stated that she will be the last person to gossip about her friend.

This is coming after the rife reports of her breakup with her former Prince, Kpokogri.

The love story that was made public less than 4 months ago has by all indications, hit the rocks, and earlier today, we reported that Prince accused her of cheating right from the start of their relationship (Read Here ICYMI) 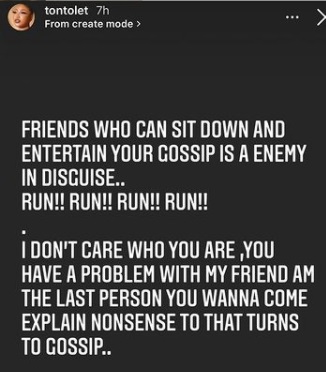