A final year student of Moshood Abiola Polytechnic, Abeokuta, identified as Omotoke Suliyat reportedly slumped and died while taking her bath in the bathroom.

It was learnt that the deceased who was a Marketing student of the institution was rushed to Hope hospital, Adigbe following the incident and was confirmed dead on Sunday, June 13th.

The Speaker of Students’ Representative Council (SRC), Moshood Abiola Polytechnic, Rt. Hon. Yusuf Olatunji Mogaji, who confirmed the incident has expressed his heartfelt condolences to the family of the student.

Friends and colleagues have taken to social media to mourn the Omotoke. A course mate of the deceased wrote, “Marketing DEPT just lost a soul”… 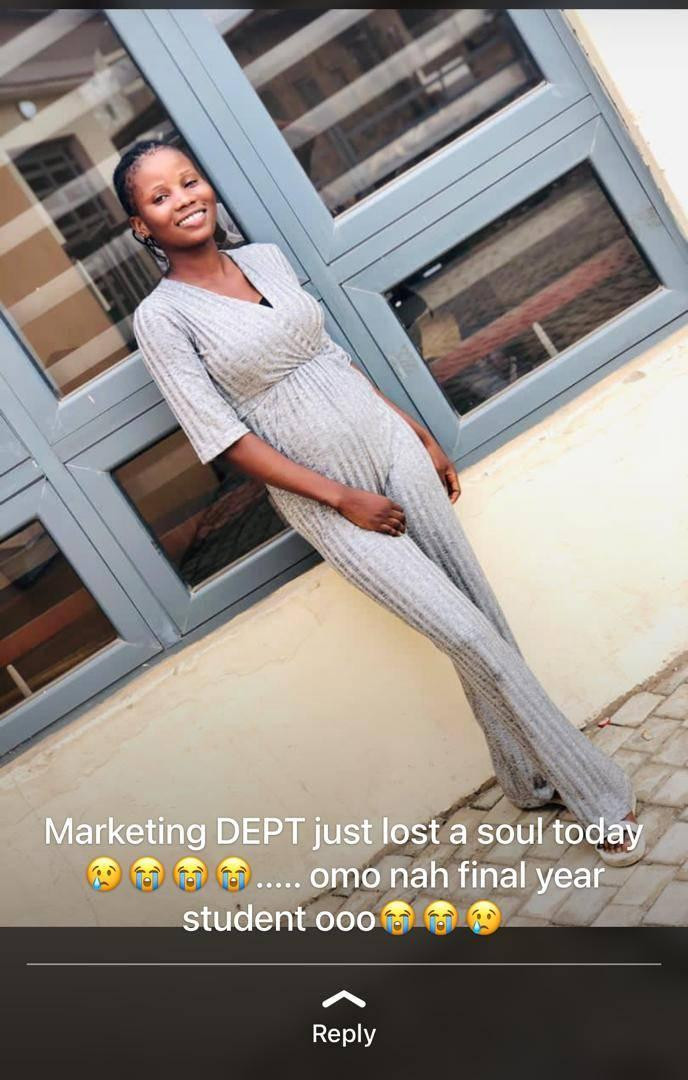 This coming after another final year foreign language student of Obafemi Awolowo University, Ile-Ife, Osun State, identified as Mariam Adeola was involved a fatal accident recently which claimed her life.

According to reports, the deceased was in the car with her boyfriend on Sunday, May 23rd, 2021, when the tragic incident happened.

A source shares that the driver of the car was over-speeding before the crash happened.