A woman pregnant with a girl in Pakistan had a nail hammered into her head by a “faith healer” who claimed it would help her give birth to a boy.

The woman arrived at the Lady Reading Hospital in the city of Peshawar, Pakistan with the two-inch nail pierced into the top of her forehead and initially told hospital staff that she had hammered the nail into her head herself on the advice of the faith healer, before later admitting the said ‘healer’ had carried out the inflicting act.

The pregnant woman, who already has three daughters, had earlier been told by doctors she was going to have another girl after they carried out a scan.

Her husband threatened to divorce her if she had another girl which made her approach the faith healer.

According to Geo News reports,Doctor Haider Khan said the pregnant woman arrived at the Pakistani hospital after trying to extract the nail herself with pliers. 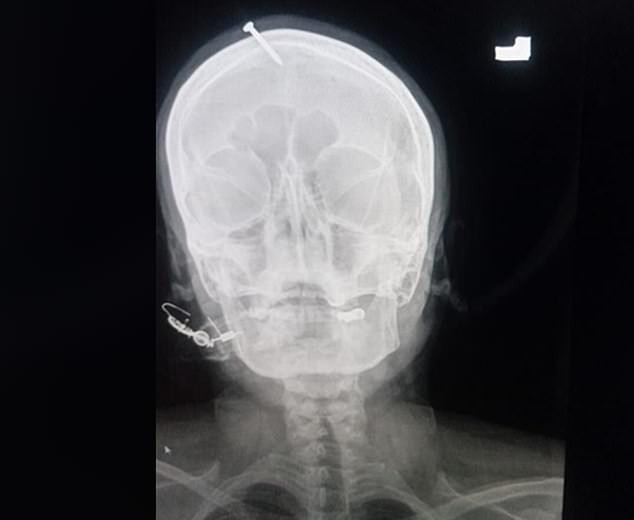 An X-ray showed the two-inch nail had pierced the top of the woman’s forehead but missed her brain.

The doctor said: ‘She was fully conscious, but was in immense pain.’ 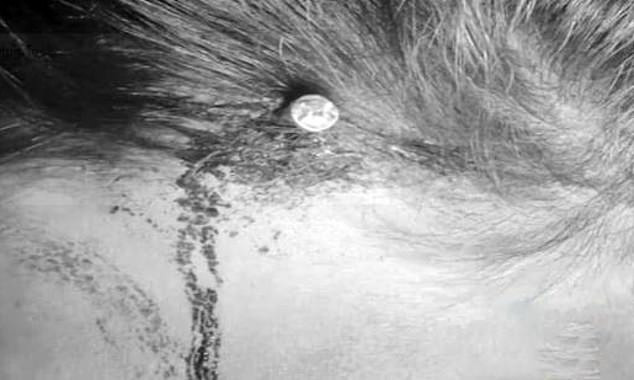 Peshawar police said victim support officers have been directed to meet the woman to try and get details of the incident.

They added that ‘legal action will be taken’ against those involved.

City police chief Abbas Ahsan said: ‘We have collected the CCTV footage from the hospital and hope to reach the woman soon.

‘We will soon lay our hands on the sorcerer.’

In South Asia, it is believed that sons offer better financial security to parents than daughters hence preferential treatment is given to male children.