Award-winning Nollywood actress, Funke Akindele and her husband, JJC Skillz, has surprised her sister, Abimbola, with a brand new car as Valentine gift.

A video of the heartwarming moment she was surprised with the car was shared on social media by JJC on Monday, February 14.

In the video, Abimbola was ushered out of a building by the celebrity couple, alongside some of their friends and family, and led to where the red Toyota which had a giant bow on it and wads of cash inside, was parked. 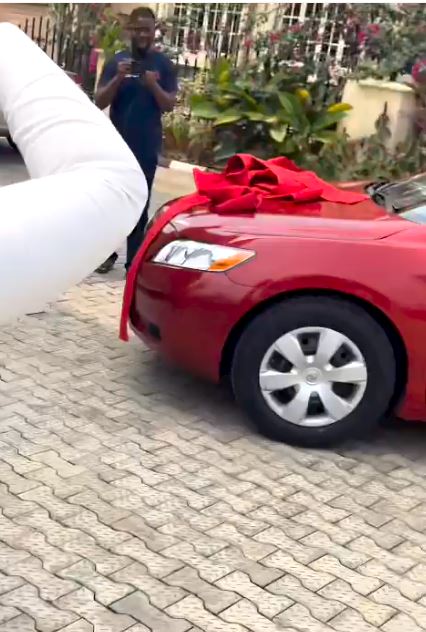 She couldn’t contain her emotions as she knelt down and broke down in tears over becoming the proud owner of the brand new whip. She also placed her hands on her hand in shock as she beheld the car. 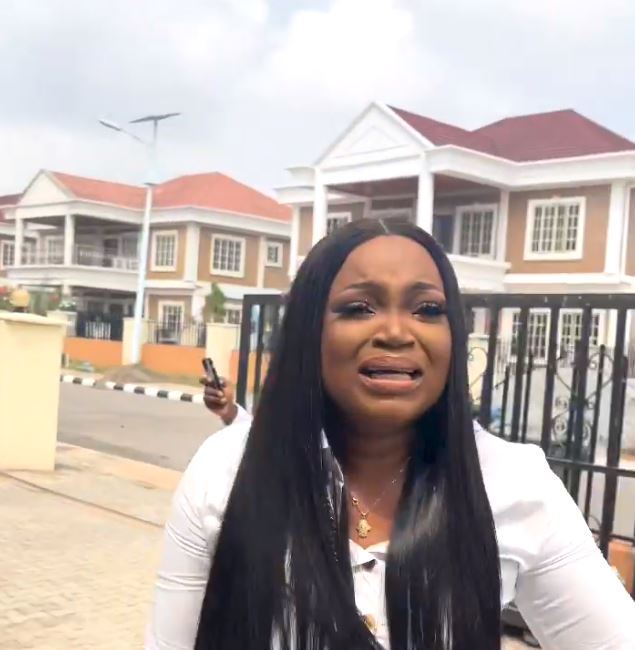 Her children were also present at the scene and she could be heard telling them that “they’ve made it” amid tears.

Sharing the emotional video, JJC wrote, “Happy valentines to our hardest working sister. @harbimbolar 🤩Thank you for the love and support through the years #familyfirst❤️ #thebellos @funkejenifaakindele sister of life.”