E-Money Shows Off Cows Received Ahead Of 40th Birthday

Nigerian billionaire and Chairman of Five Star Music Group, Emeka Okonkwo popularly known as E-Money has shared a video of cows given to him ahead of his 40th birthday celebration.

The music executive who turn 40 on February 18, posted videos of the livestock on Instagram in the early hours of Wednesday.

E-Money is Kcee’s younger brother, he is also the sponsor of the singer’s music career.

E-Money is married and has three sons with his wife, Juliet, to whom he has been married to for eight years. 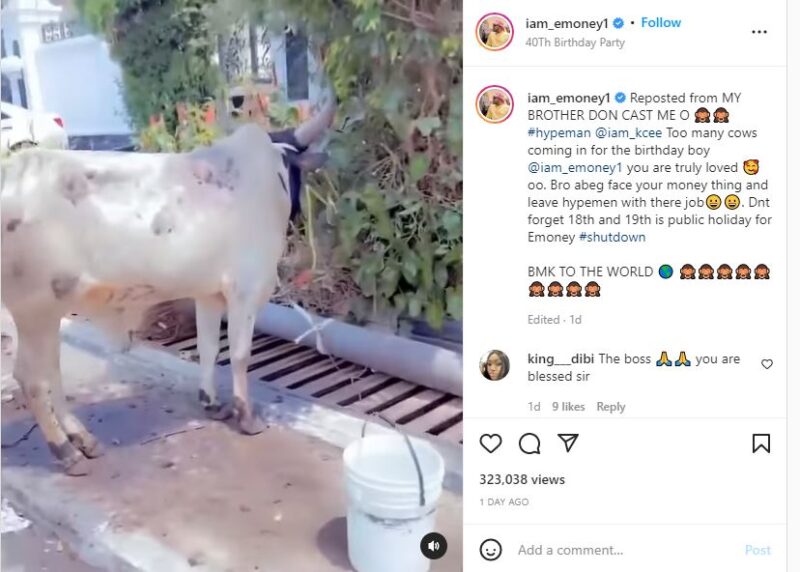