“Don’t fvck with me” – BBNaija star, Nini blows hot on Twitter after Pere boldly called her a ‘gossip’

Former Big Brother Naija housemate, Nini Singh has seemingly reacted to her colleague, Pere Egbi’s interview where he boldly called her a gossip.

In a recent interview on The Queen Diva Show while speaking on his relationship with Nini, Pere had stated that she is cool but she talks about people behind their back.

When the interviewer asked him to explain what he meant, Pere said she is a big-time gossip and was always gossiping about her fellow housemates with her love interest on the recently concluded reality show, Saga. 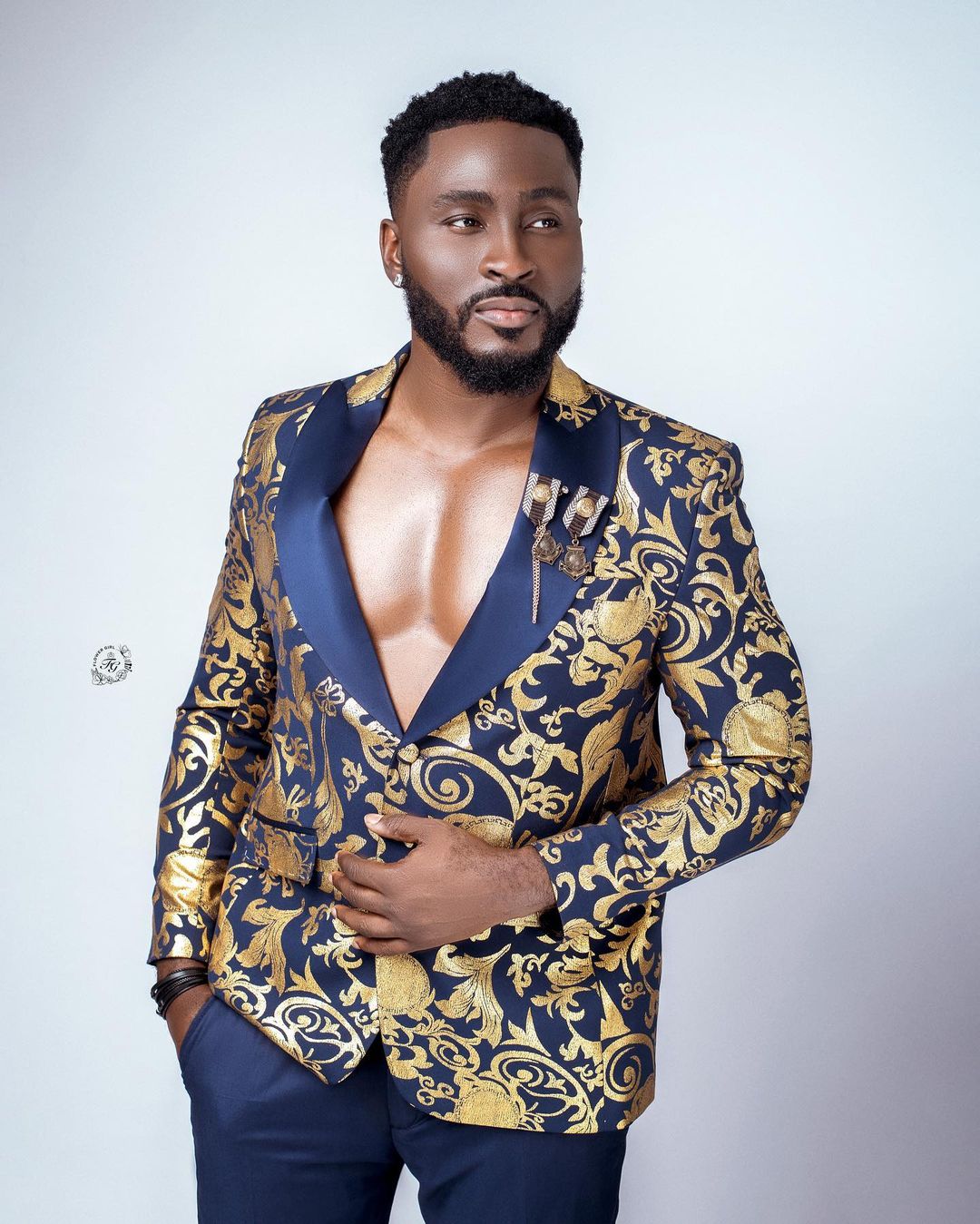 “Nini is cool but my experience with her in the Big Brother House…. she sabi dey talk for person back” he said. The interviewer interjected and asked how. In response, Pere said, “she gossips now.. she and Saga were always gossiping. It’s not a hidden something”.

In a seeming reaction to the trending interview video, Nini took to Twitter to address a certain “soldier” whom she warned not to mess with her.

She tweeted, “Soldier go, soldier come, soldier do wetin you wan do, but don’t fvck with me”

Her tweet has generated reactions from Pere’s fans who dared her to mention the actor’s name instead of throwing subtle shade. 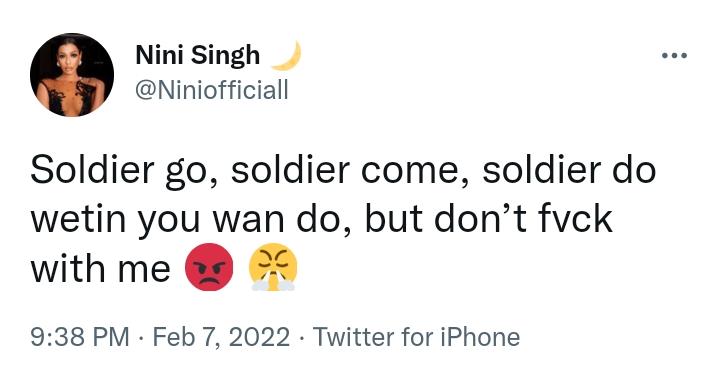 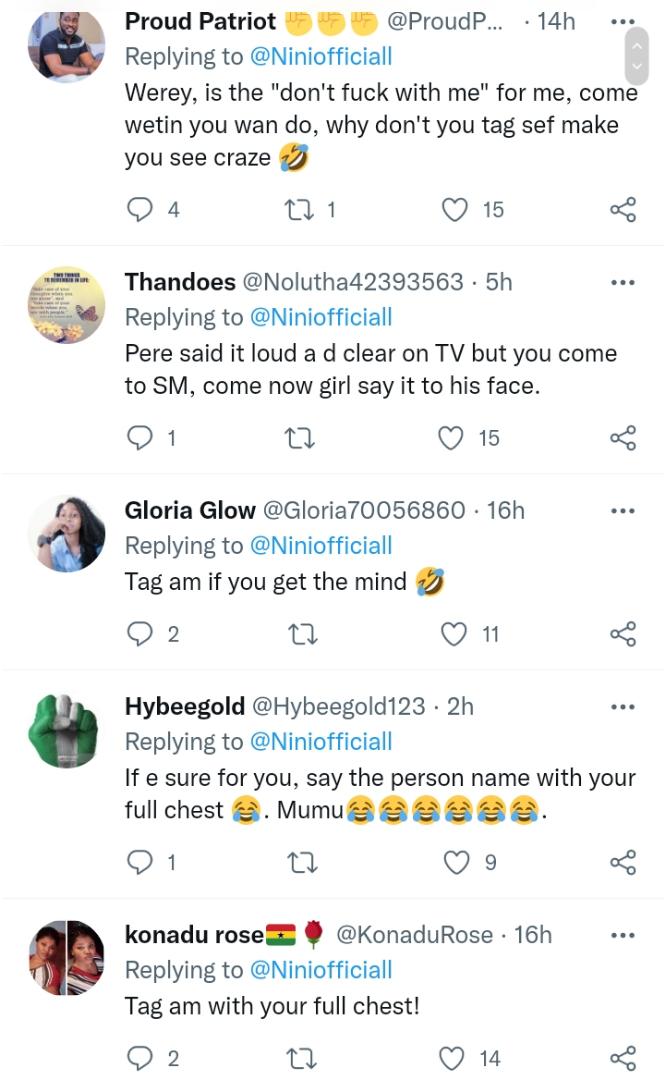