DJ Cuppy seems to be shocked over the fact that her father Femi Otedola doesn’t know the school she’s attending right now.

The Celebrity DJ was admitted into Oxford University in 2020 for her Master’s degree and posted a video of her announcing the good news to her parents on social media.

Some people were of the thought that her father paid to get her into the school which she debunked in an interview, saying she worked for it.

In a post she made on her various social media pages, she shared a message she got from her father this morning and she was marvelled to realize that her father doesn’t know the school she is in right now and this is normal among parents especially busy ones like hers.

Her father, Femi Otedola sent his daughter a message asking her what part of Cambridge she was in.

The DJ in response told him that first of all she’s in Oxford and not Cambridge and that seems to have gotten her surprised that her father doesn’t know her school.

Sharing her conversation with her father, the DJ wrote; 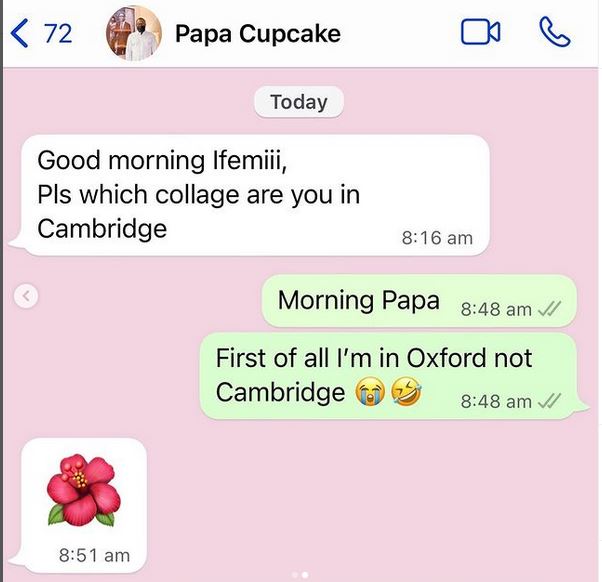