The Colombian National Disaster Agency has reported that 14 people have been killed and 35 injured, after a landslide buried several homes in the central city of Dosquebredas in the country.

According to the Agency, the landslide which occured in the early hours of Wednesday, February 9, followed torrential rain in the surrounding coffee-growing province of Risalda.

“Our updated report indicates that 35 people were injured, 14 lost their lives and one remains missing,” the National Unit for Disaster Risk Management said on Twitter. 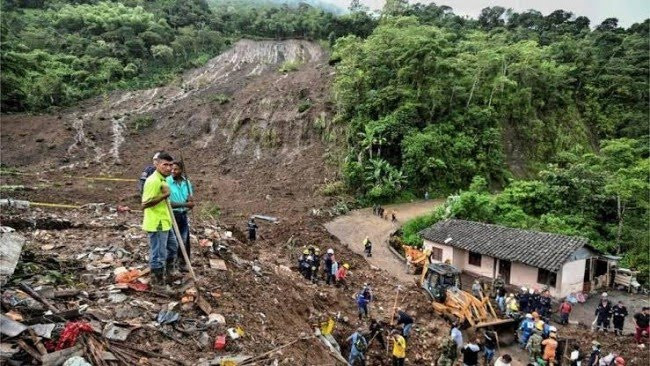 Local authorities say they had already evacuated dozens of nearby homes amid fears of more landslides as the Otun River overflowed.

Landslides are common in Colombia due to the South American country’s
mountainous terrain, frequent heavy rains, and poor or informal house construction.

Back in 2017 the country experienced a landslide disaster in the city of Mocoa, when more than 320 people were killed, according to a report by the United Nations in 2021.