A Nigerian popular pop star David Adeleke, musically known as Davido as just shaded his cousin Bamidele Adeleke for parading himself as an intellectual person.

He showed amazing expression while narrating the journey of Osun state People’s Democratic Party gubernatorial aspirant academically in his tweet, he narrated how Mr Bamidele Adeleke has been a parasite in their family all these while.

It was reported earlier that Mr Bamidele go against the unanimous candidate within Adeleke’s family under the platform of People’s Democratic Party, it could be recalled that same dele Adeleke has once been commended for his bravery act while defending his uncle Senator Ademola Adeleke mandate at the INEC reporting office Osogbo in 2018 which was later in favor of the ruling party’s candidate Alhaji Isiaka gboyega Oyetola.

He mudded him intellectually through his academic grade.

Here is what he tweeted

“ Wonderful! Me I finished uni with a 2:1 but it’s now cousin dele who struggled to even get 2:2 that is now forming “intellectual”. Intellectual that has not succeeded in building one single thing in his life on his own. This life ehn! Osun beware of FAKES! @deleadeleke001.

Our correspondent further stated that he was cautioned by some tweeps that it was family related issues that required private settings. 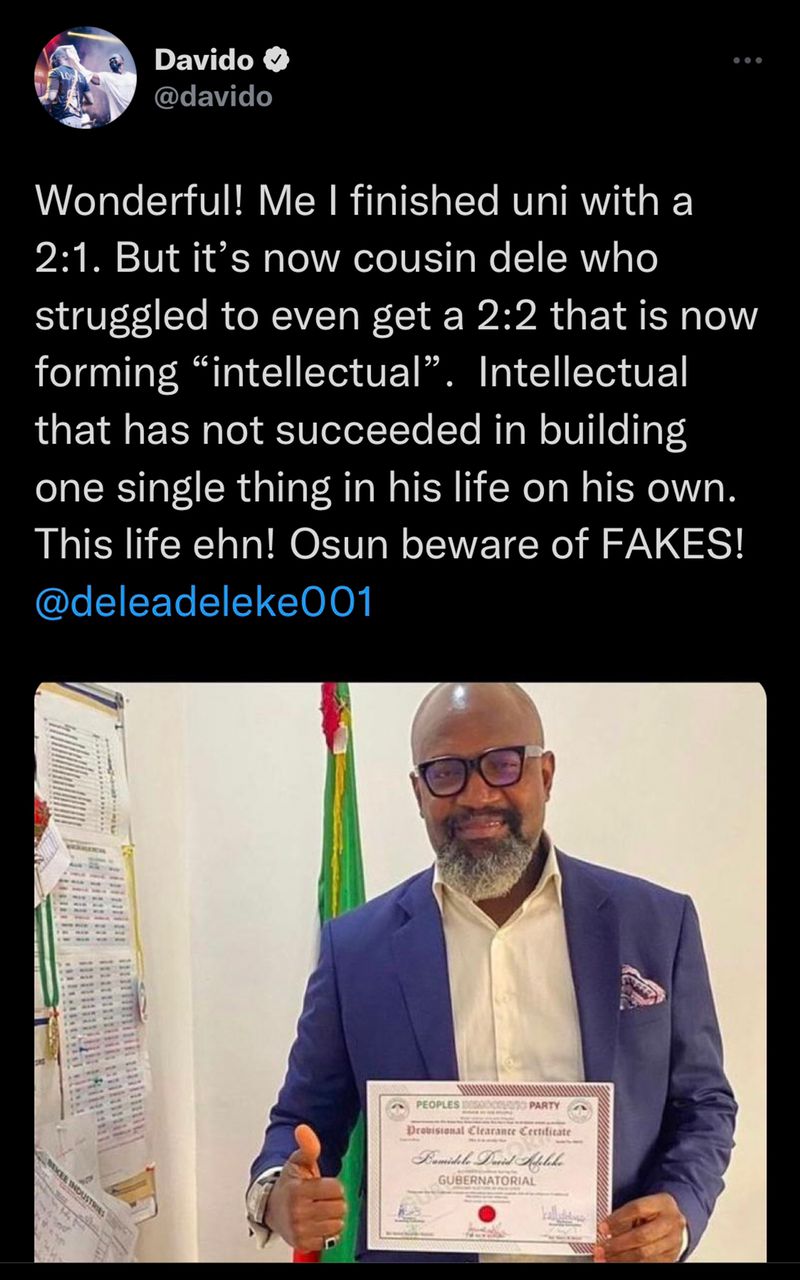