DaBaby and his crew beat up his baby mama, DaniLeigh’s brother in public

DaBaby  and his crew member were filmed beating up his baby mama, DaniLeigh’s brother, Bandon Bills.

The fight happened when the men met at a bowling alley.

Recall that last year, when DaBaby and his child’s mother DaniLeigh had a domestic incident, which DaBaby recorded on camera, Brandon Bills called out DaBaby for humiliating his sister.

He then challenged DaBaby to a fight, saying: “When you come to the West Coast, bro, which I know you be out here, you’re going to catch this one-on-one fade, bro. One-on-one fade to see what happens between me and you. I want to see how gangsta you are, to see how much of a real man you are”.

Brandon continued in the video: “So this what you wanna do, this where you wanna take it? This crazy. This n**** wanna call the cops on my sis. This n**** wanna disrespect my sister online for the world to see, disrespect my family…This don’t even got nothing to do with my sister no more, bro. This gotta do with me and you…’cause you’re Mr. Touch Guy over here, beating up b******. Knocking little guys out here and there. You’re not gonna do that to me”.

Brandon then added in the caption: “…SO I WAS WAITING 2 MAKE SURE MY SISTER WAS SAFE AND SHE IS NOW. @dababy COME CACTH THIS FADE BRUH SO I CAN BEAT YA A** 4 BEING A PIECE OF SH*T NEVER LIKE YOU F***** CLOWN BETER YET WE COULD DO ON LIVE SO THE WORLD COULD SEE YOU GET YOUR AS WHOOPED A.K.A. DA SNICTH #Dababy.”

Well, it appears DaBaby took up the challenge and they fought when they met at a bowling alley last night, Feb. 9.

Brandon was badly beaten by the rapper and his crew and the fight is now trending on Twitter, with people mocking Brandon. 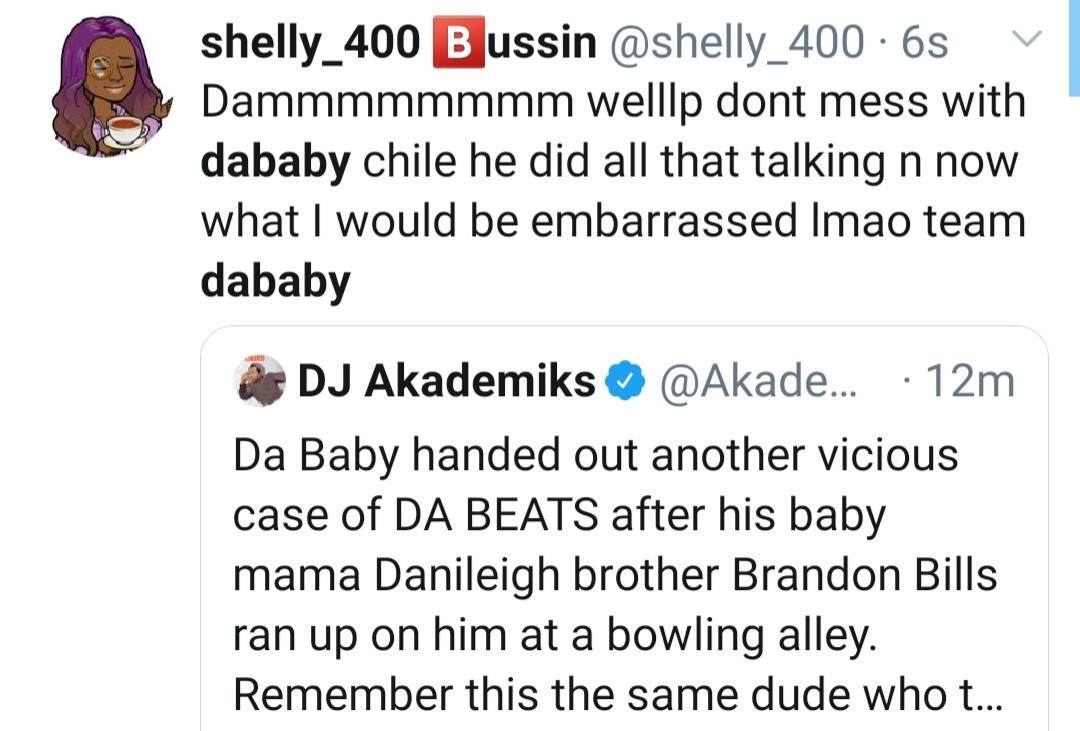 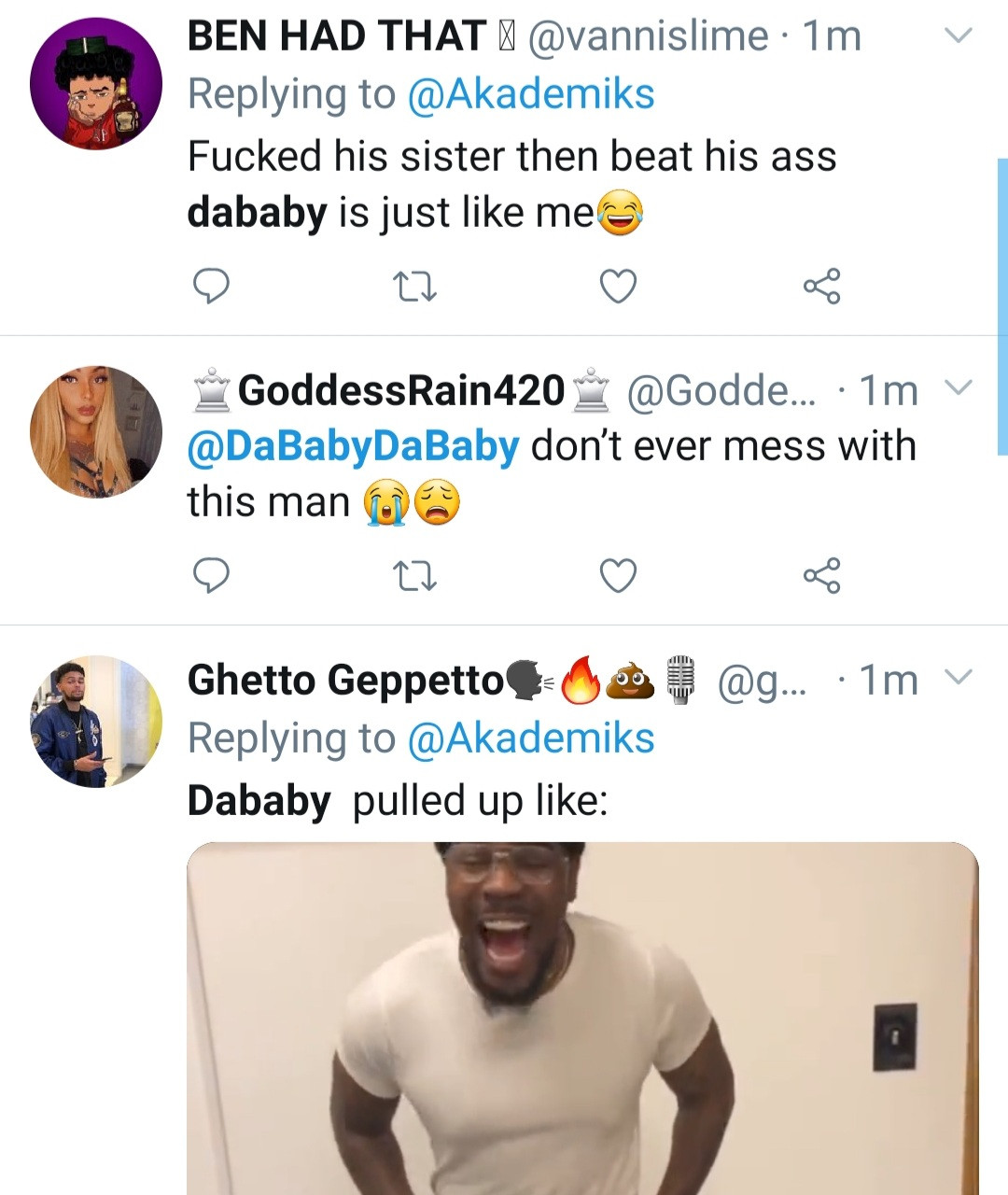 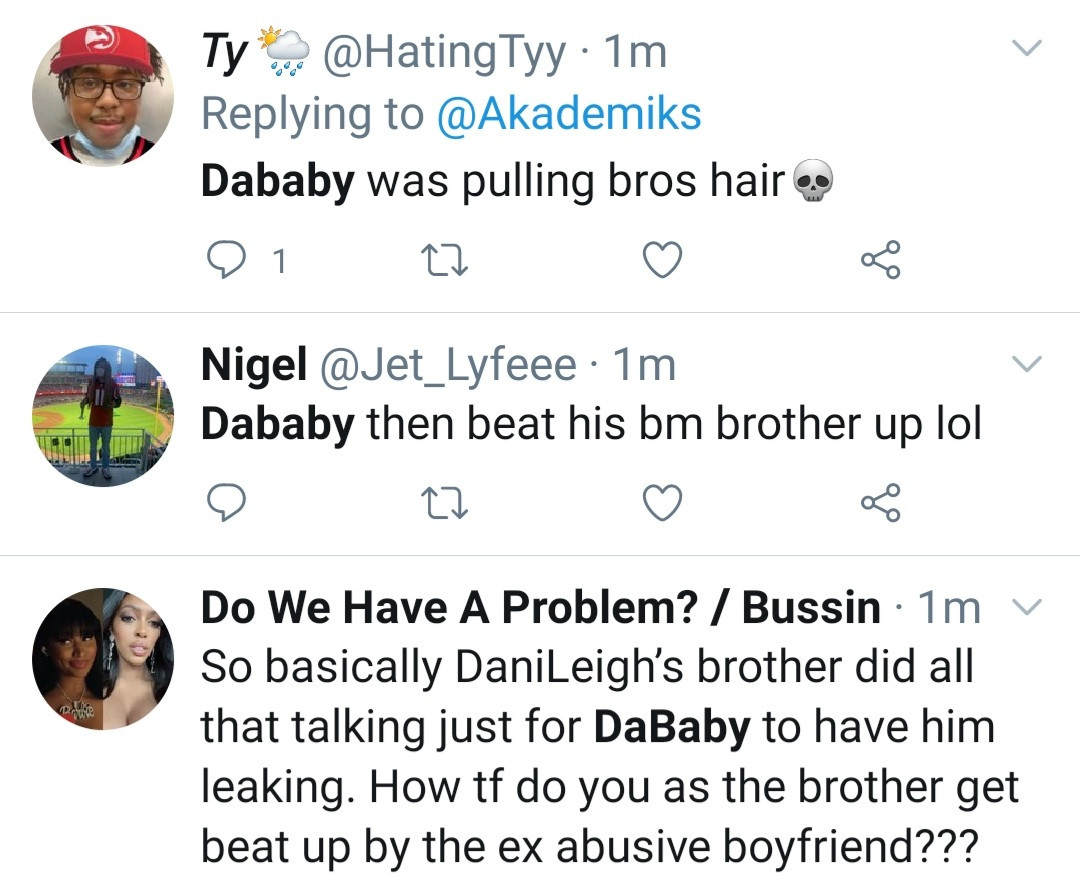 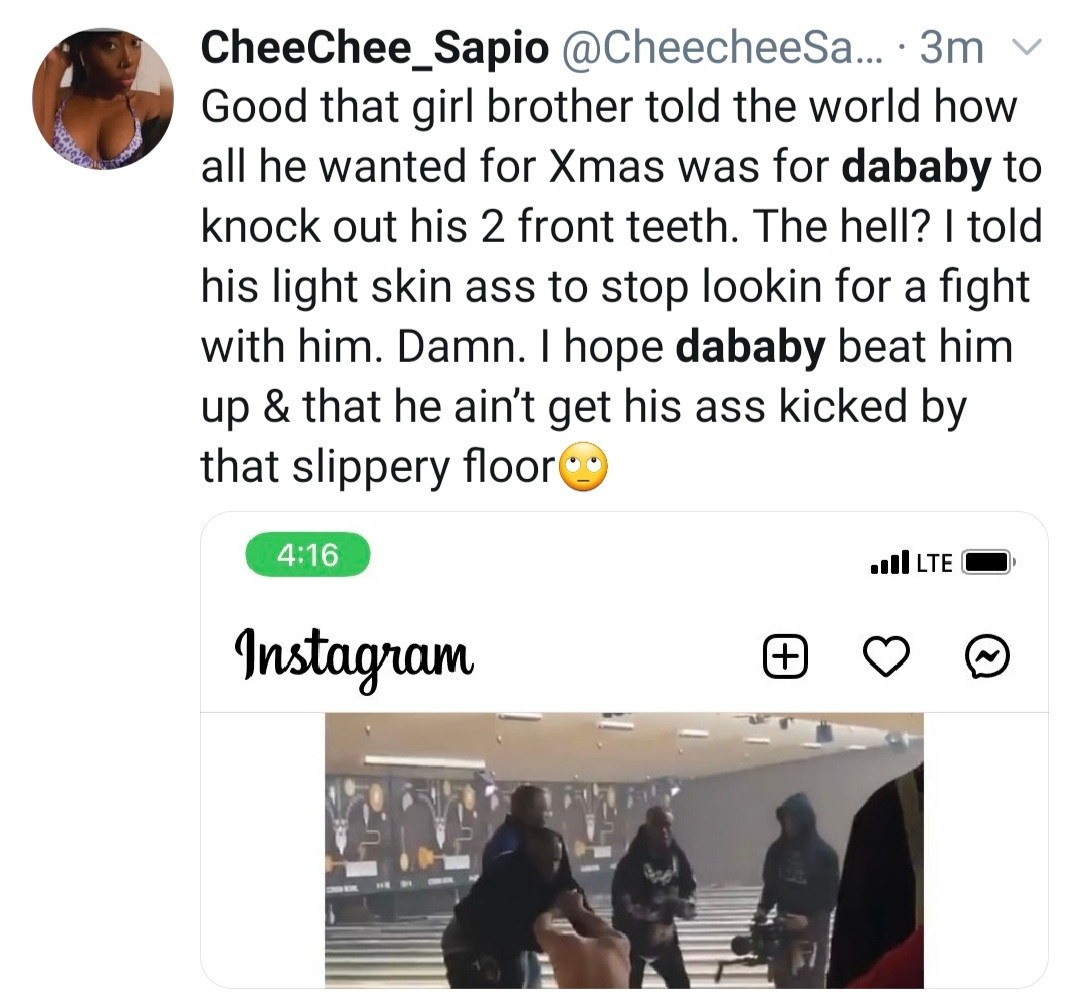 Watch the fight below.

Da Baby handed out another vicious case of DA BEATS after his baby mama Danileigh brother Brandon Bills ran up on him at a bowling alley. Remember this the same dude who told da baby he couldn’t wait to see him after da baby and Danileigh fell out on ig live pic.twitter.com/c4V2r8TFqh