Former CNN star anchor, Chris Cuomo is preparing to sue his former employer for $18 million left on his contract, claiming that the media company’s President Jeff Zucker (pictured top left) knew about his involvement in his brother’s sex scaandal probe. 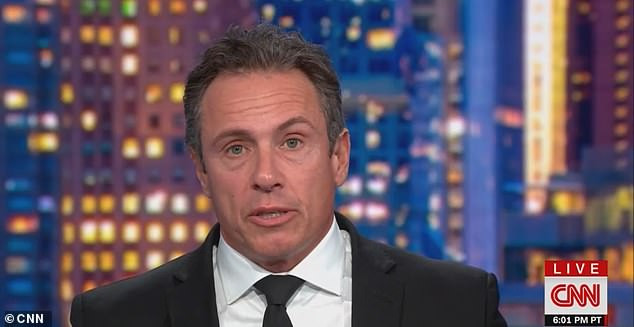 Cuomo says CNN President Jeff Zucker knew about the cooperation between him and his brother , claims that the network have denied calling it ‘patently false.’

Cuomo was fired from his position on Saturday after New York Attorney General Letitia James released a trove of documents revealing that he had called his ‘sources’ about planned news reports regarding his brother as he tried to dig up dirt on at least one of the former governor’s accusers.

According to the New York Post, Cuomo has now hired lawyers and is preparing to file a suit against CNN if it does not pay him the remainder of the four year contract he signed last year, under which he receives $6 million a year.

According to the NY Post, sources say the network has ‘no intention of paying Cuomo a penny,’ noting that ‘if he gets a settlement, there would be an uproar.’

Legal analysts believe the documents released by the NY Attorney General gave the network legal grounds to fire Cuomo but that accusations that he sexually harassed a former co-worker at ABC was the final straw that led to his firing.

Cuomo joined CNN as a field anchor in February 2013 following stints at ABC and Fox News. After rising through the ranks, he was tapped in March 2018 to host Cuomo Prime Time.

His 9pm show was CNN’s highest rated broadcast. It drew an average of 774,000 viewers during November, when it ranked No. 25 among all cable TV news programs – right behind Anderson Cooper’s show.