A lady toyed with fire when she told her Nigerian mother that she was considering working in a strip club for money because a friend of hers does the same.

The lady apparently, set out to prank her mother and started a conversation with her, asking if she knew a friend of hers before proceeding to tell her the job her friend does.

Upon hearing the kind of job her friend engages in, the Nigerian mother started questioning her daughter on why her friend would indulge in such a job and what age she was — adding fuel to fire, the lady, whose name is Destiny, then told her mother that her friend is earning quite a lot of money from the job and is only nineteen.

She then tells her mother that she herself is considering doing the job, given that it supposedly yields high returns — the conversation was going to take a violent turn after Destiny shared her thoughts with her mom, who was already gearing up to throw an item at her for even thinking about such a thing. 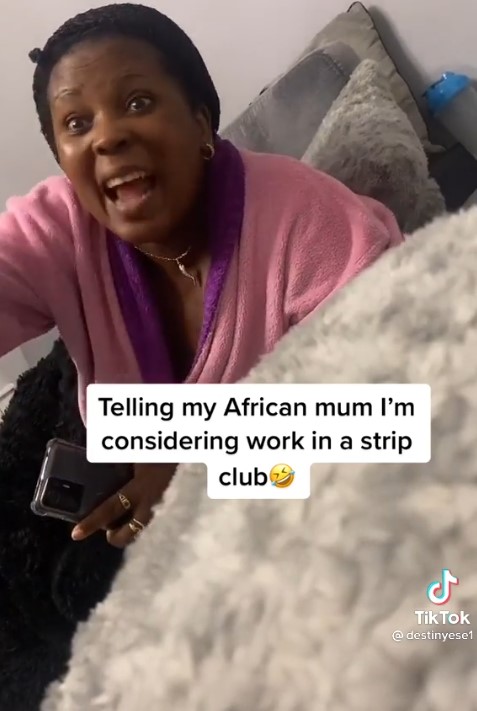 The video has left netizens in stitches who expected nothing less than the reaction her mother gave. Watch the video as you scroll,