Kaduna State Commissioner for Internal Security and Home Affairs, Mr Samuel Aruwan confirmed that 38 people were killed during the attack and properties were burnt.

He added that 29 of the victims have been identified, while the remaining nine were yet to be identified.

Reacting, Saraki condemned the attack and condoled with the family of those killed.

He took to Facebook this morning to write: “I got bad news about the terrible attack yesterday on some villages in Giwa Local Government Area of Kaduna State. By all indications, the following towns have been committed.

“At least 38 people killed by terrorists. I can’t imagine the pain that families and community are going through in this situation.

“As they mourn the loss of their close ones, I and my family are mourning the whole people of Kaduna State and Giwa Local Government Area. And I pray that Allah may grant those killed a good place in Paradise.” 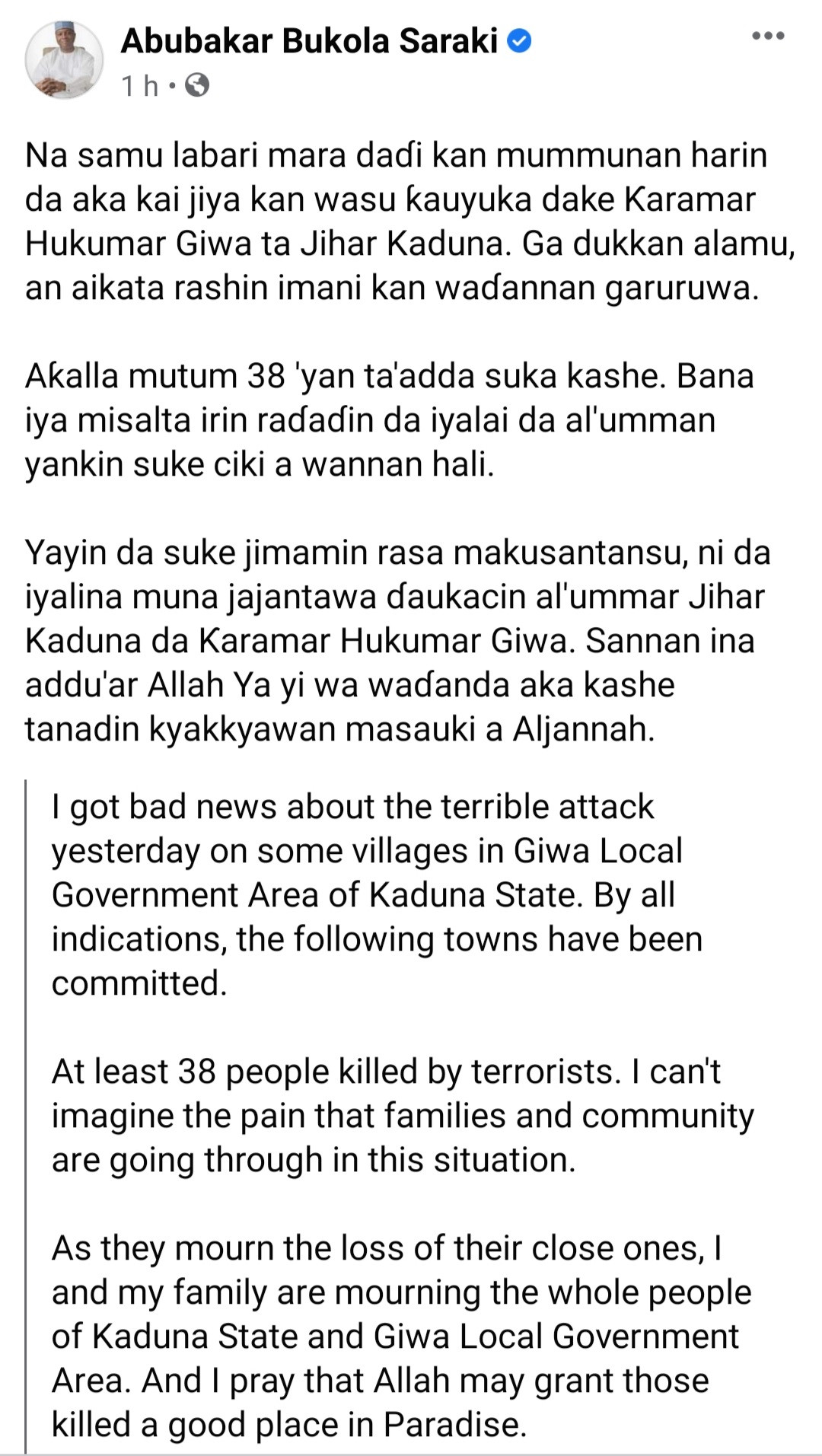