A father was attacked and eaten by a huge crocodile and it was caught on video.

Luther, 51, was dragged underwater by the 13ft-long croc in Indonesia last Tuesday, Feb. 15, while his friends helplessly tried to scare it away.

He had been bathing in the water after gathering palm leaves by the Bebatu River when the beast pounced on him in North Kalimantan province.

Luther fought with the croc and hit it on the head but it refused to let him go.

Footage shows the crocodile dragging a screaming Luther into the water.

A voice is heard saying in the video: “This is where a person was attacked by a crocodile but have not yet been found until now. We are making a video here.” 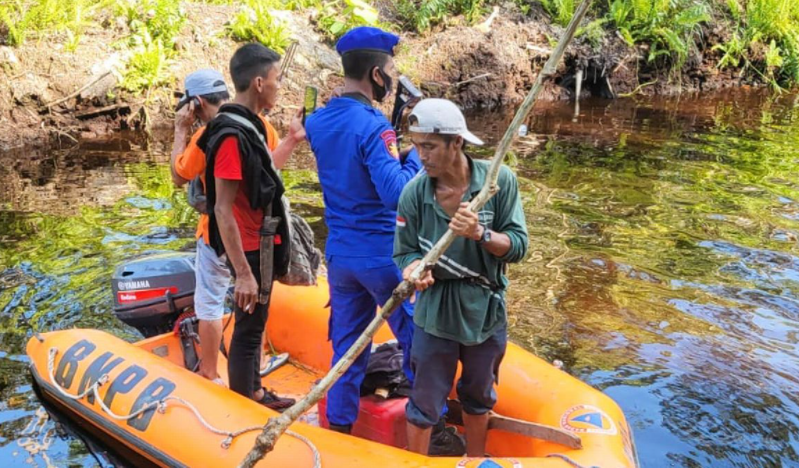 The attack was reported to authorities who searched the area without success. Luther was reportedly last seen by a local who was able to record the incident along the same river while the crocodile feasted on him and disappeared again.

However, the filmmaker did not expect that the crocodile would actually appear with the victim.

The terrified local can be heard saying from the background: “Oh my God the crocodile ate the man.”

Village head Mahmuda said the incident was immediately reported to rescuers to help in searching for the man.

He said: “It really happened here. The victim’s name was Luther. Incidents of people being attacked by crocodiles in the canal also happened before.”

Plantation officials have even put up notice boards to warn villagers not to come close to the canal that read: “No activity in this area, it’s dangerous. There’s a crocodile.”

Footage of Luther being eaten by the huge reptile has caused fear among locals.

The army and police joined the search and rescue mission but Luther’s body has not been found yet due to the remote location. 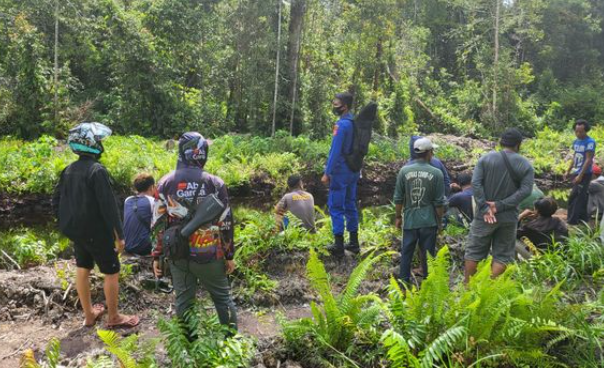 Lieutenant Colonel Tri Prio Utomo of the Tana Tidung Military District said: “We are constrained by the location where there are lots of bushes, branching canals, and inadequate equipment but our team will try our best to find the victim.

“We urge everyone not to come near the canal so please obey the signs to avoid these incidents from happening.”

In December 2021, 30-year-old Zainal Abidin went missing after being bitten by a crocodile in the same area.

Watch a video of the crocodile that ate Luther here.