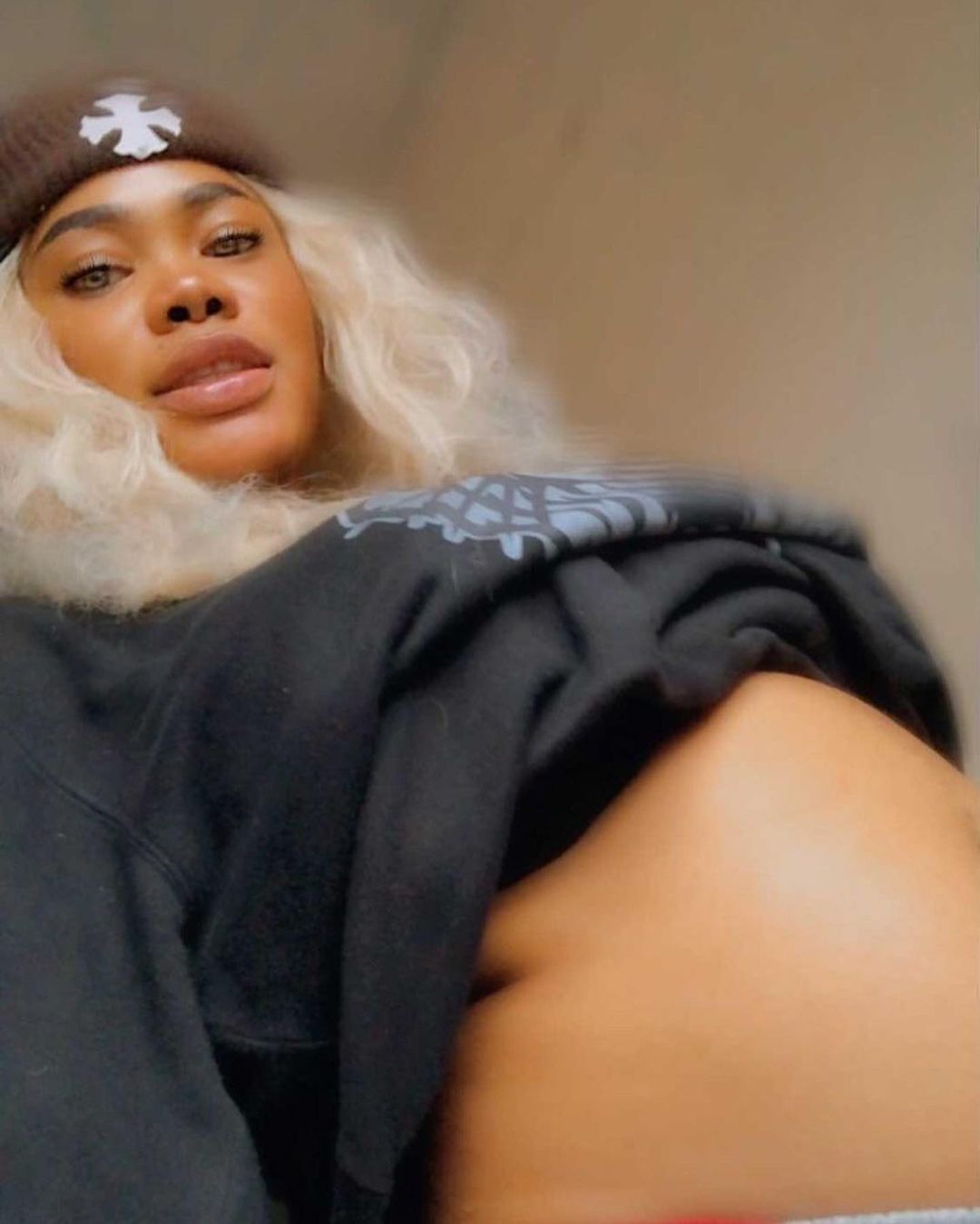 It can be recalled that earlier this year Bobrisky took to social media to claim that he has adopted the Ivorian lady and flew her down to Nigeria. At the time, the crossdresser promised her heaven on earth and said she will never return to Ivory Coast because Nigeria is now her home.

However, the euphoria didn’t last as few weeks later, Oye Kyme took to her Instagram page to call out the crossdresser for alleged domestic violence and deceit. 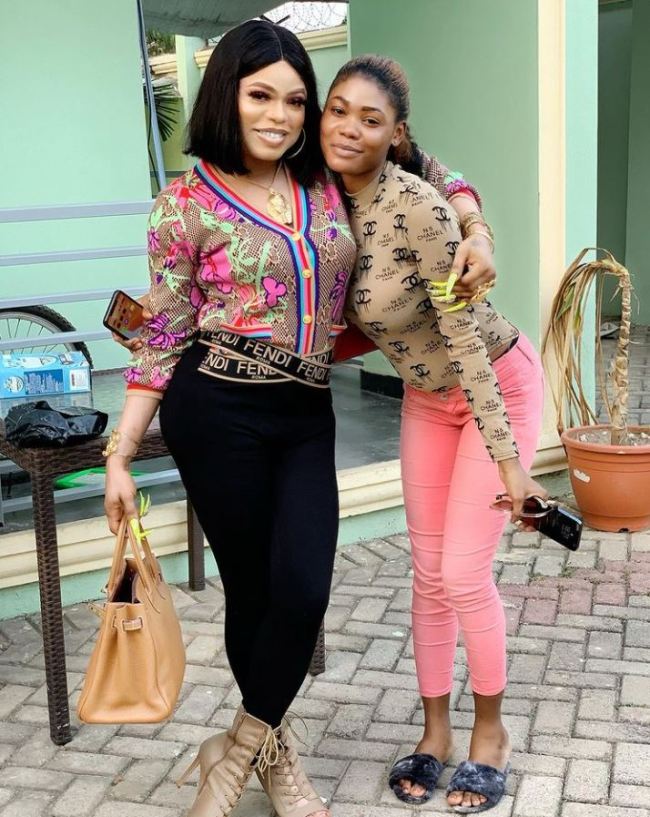 Bobrisky fired back at her and it degenerated into a filthy online war. Long story short, Oye Kyme returned to her birth country, Côte d’Ivoire.

In a new development, Oye on Tuesday, September 7, announced that she’s expecting a child and asked Nigerians to guess the father of the child.

Sharing photos of her ‘baby bump’, Oye wrote, ”Guess or tag the father !” 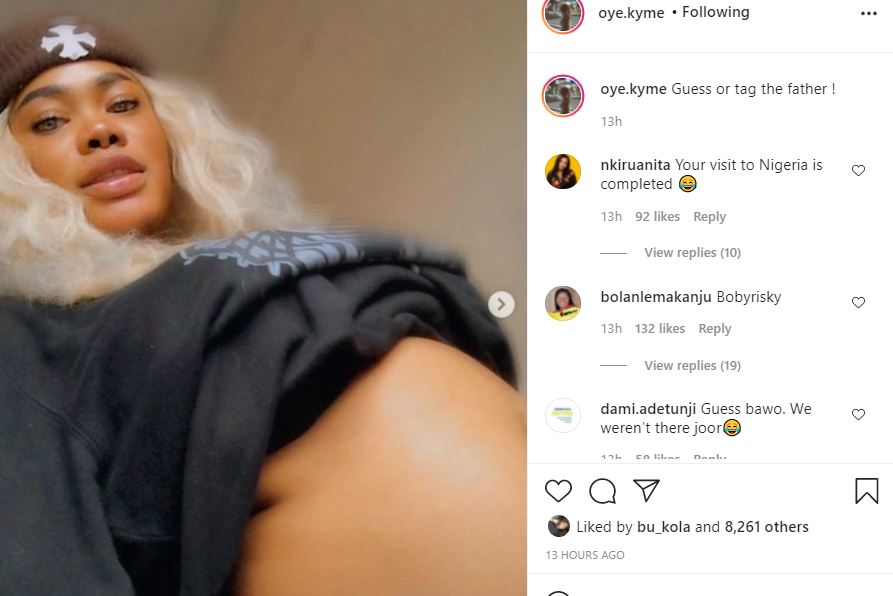