Former Lockdown housemates, Vee and Tolanibaj were at loggerheads last night at the Big Brother Naija Reunion show. While Vee accused Tbaj of being desperate to get her man, Neo, Tbaj insisted that she did it to get back at her former love interest, Prince, who she said wasn’t man enough.

In reaction to the drama and Tolani’s justification of her actions, reality star Esther Biade took to Twitter to berate her.

“You’re in a healthy relationship and you’re vexing over something that happened last year, a guy that isn’t man enough and a friend whose man you tried to take. Aunty bad bitch, pls rest?.

“Bringing her college degree into the mix??!! Nah, that’s a low blow. Damn”, she tweeted. 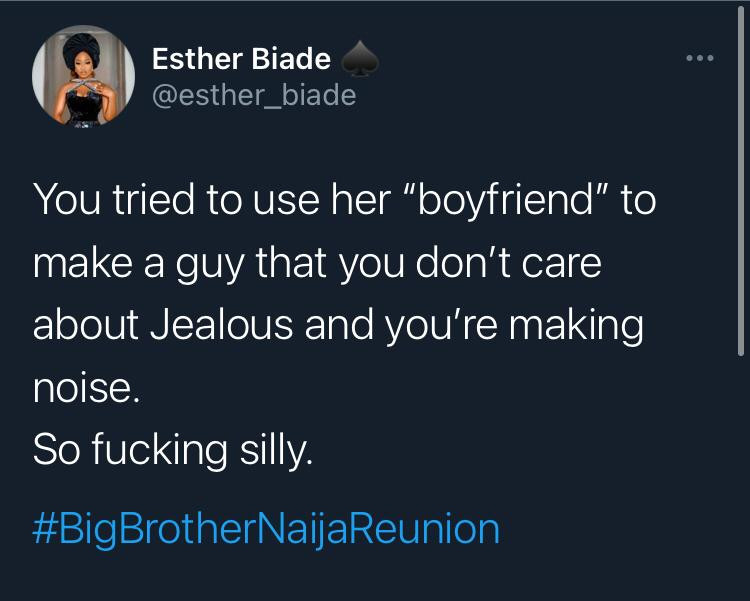 On seeing Esther’s tweet Venita called her out, accusing her of being an hypocrite. According to Venita, Esther rebuked Tbaj for the same thing she did while in the Big Brother house.

“Be guided! We know how you move around your friend’s love interest”. 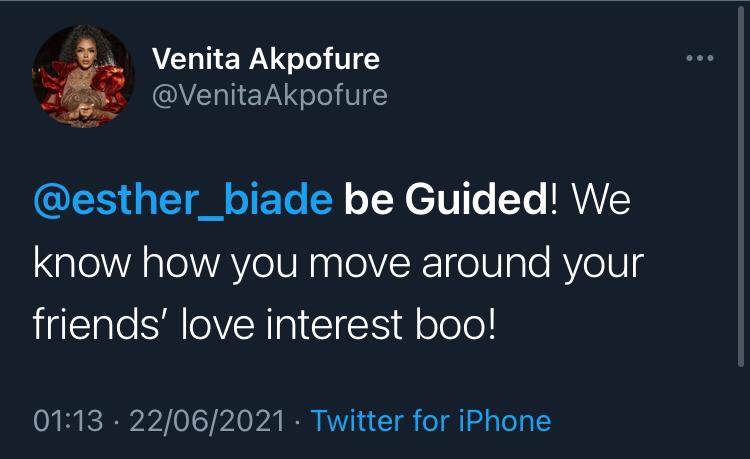