Reality TV star, Natacha Akide a.k.a Tacha, has replied a Twitter user who said Nigerians are making Americans feel inferior in their own country.

The man, identified as Afolabi Kamil, had stated this in the defense of an African American man named Tariq, who claimed that Africans who are relocating to the U.S. are stealing their jobs.

Tariq’s statement stirred a huge controversy on Twitter as some Nigerians asserted that African migrants work twice as hard as Americans to achieve their goals, so his point is baseless.

Reacting to this, Kamil told Nigerians to tone down their accomplishments when they are in the U.S. because they are making Americans feel inferior.

“Xenophobia is gradually manifesting in the US…. We (Nigerians) should keep it low too. You can’t just go somewhere and make the indigenes start feeling inferior..” he wrote. 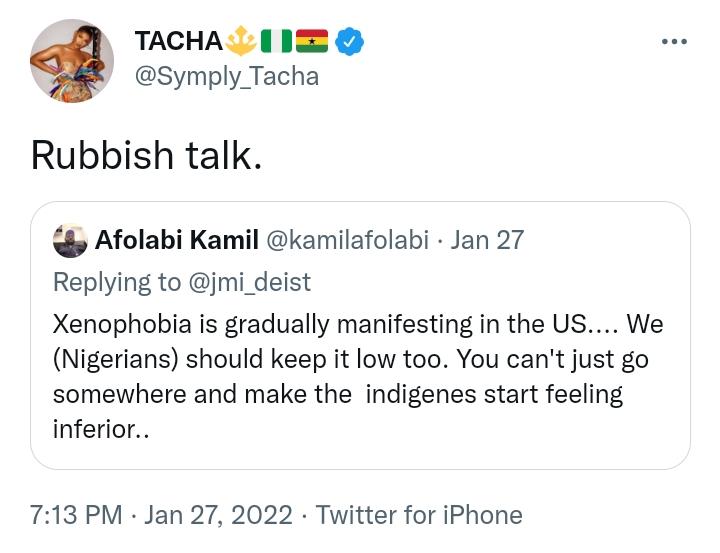