BBNaija Khloe has taken to her social media to reveal she was assaulted by an NDLEA officer at the airport.

The star said the officer harassed her and seized her phone, called her a bastard and made her miss her flight.

Khloe also said she broke her nails during the little plight and she had to write a statement.

She went on to share a video showing off the officer’s face and also how she assaulted her.

She called on the government to find something to do about it.

“Do your freaking job and stop harassing US 😡😡😡i’m so tired of this system , you guys are failing us ..You are bringing us pain and disgrace.pls @ndlea_nigeria i’m begging for a fair investigation , do the needful.i’m just 1 of all the people you guys use uniform to humiliate . this has to stop 😡🤬” 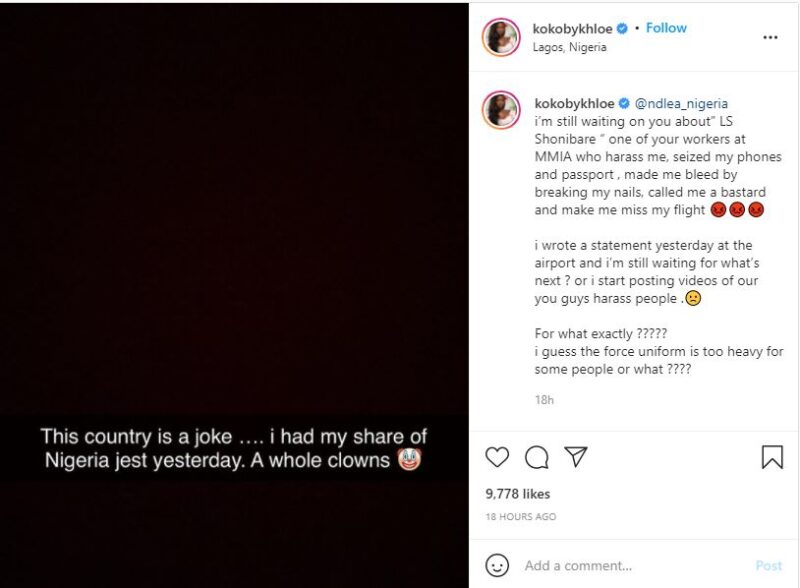