#BBNaija: “I take responsibilities for my all actions in the house” – Boma apologizes for his actions with Tega in the house

Newly evicted Big Brother Naija housemate, Boma has in a now deleted tweet, tendered an apology to viewers and fans of the reality TV show over his escapades with a married woman, Tega during his time in the house. 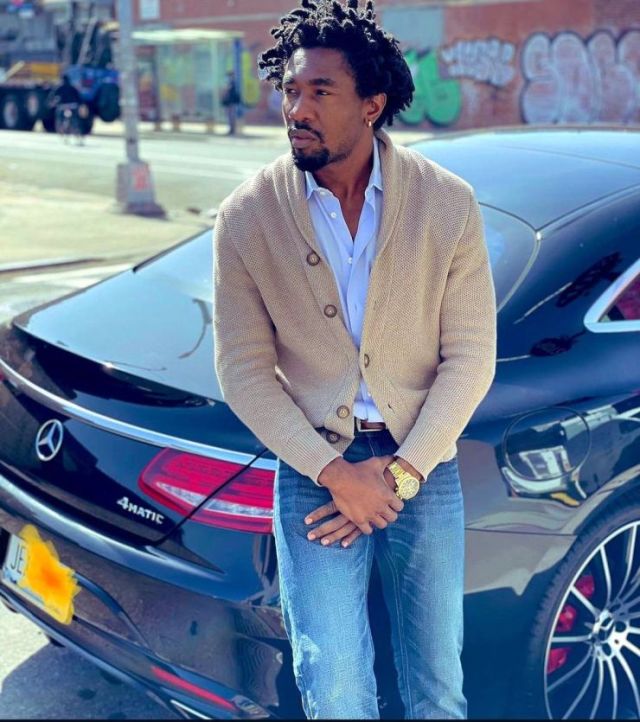 The actor was among the four housemates who were evicted on Sunday’s “King-sized” eviction episode. It’s no news that during his time in the house, viewers had consistently aired their disappointments over his relationship with married woman, Tega.

From time to time, the duo were spotted kissing and engaging in hot romance indiscriminately during their time on the show and this was so much to the displeasure of viewers.

Following his eviction, the actor says he takes responsibility for his actions… he has however, as at the time of filing this report, deleted the tweet.

“You have to make mistakes to find out who you aren’t. You take the action, and the insight follows: You don’t think your way into becoming yourself.”I take full responsibility for my actions and I am sorry it only get better from here.#BBNaijia”

… and a screenshot is shared, 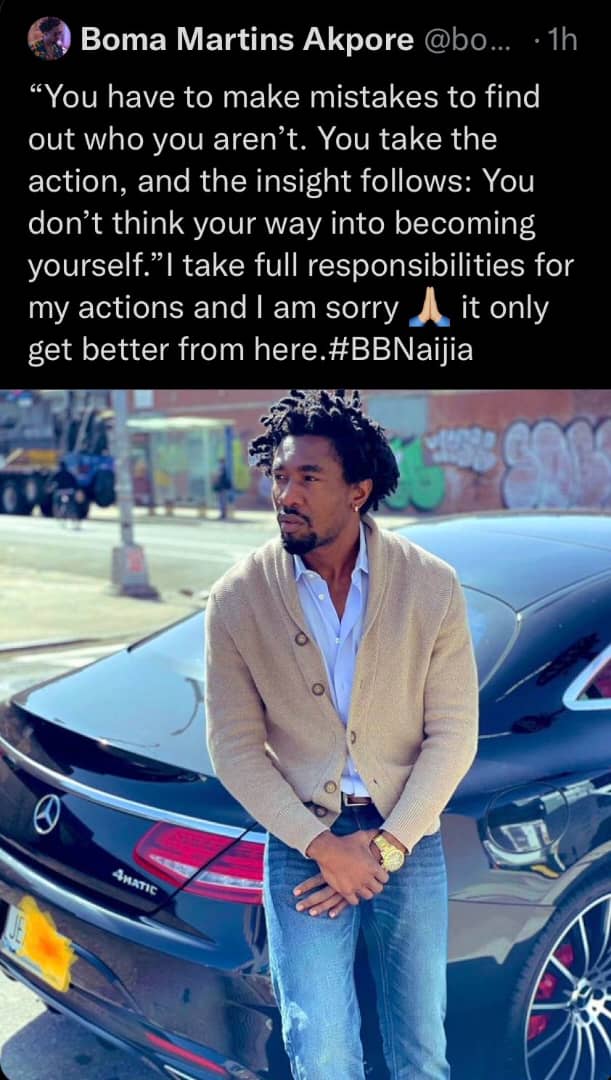