A video of Big Brother Naija Angel’s mum has been circulating on social media and it has got people talking.

Angel’s birthday is in a few days and her mother has decided to celebrate her in a special way. Her mother shared a post celebrating her in advace, while she shared a video of her dancing to the popular “Warisis” song, and described it as her mood till Angel’s birthday.

The said video features the mother of one dancing and Twerking while in bum shorts that exposed parts of her bum cheecks.

As you would have already guessed, social media users have condemned her act and have also likeked it to Angel’s attitude in and out of the Big Brother house. 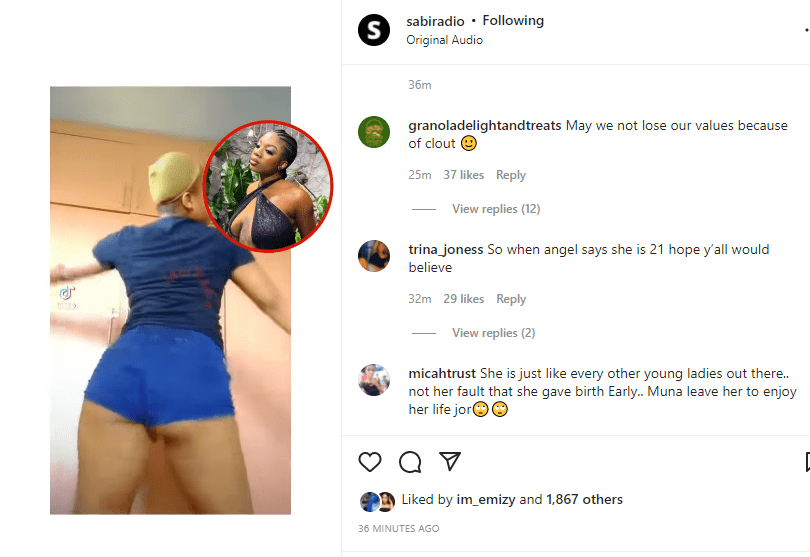