#AFCON2021FINAL: Mohamed Salah couldn’t hold back his tears after Egypt lost to Senegal on penalties

Egyptian striker, Mohamed Salah suffered a heartbreaking defeat in the AFCON final after his country lost to Senegal on penalties on Sunday February 6.

The final at the Olembe Stadium in Yaounde, Cameroon, was billed as a battle between  Liverpool teammates, Mané of Senegal and Mohamed Salah of Egypt.

The final had ended 0-0 after extra time. Sadio Mane, who had missed a penalty in the first half, scored the decisive spot-kick as Senegal triumphed 4-2 in the shoot-out, winning their first AFCON title in their history.

After the game, Salah broke down in tears and had to be consoled by his Liverpool teammate, before members of the Egyptian coaching team came to cheer him up. 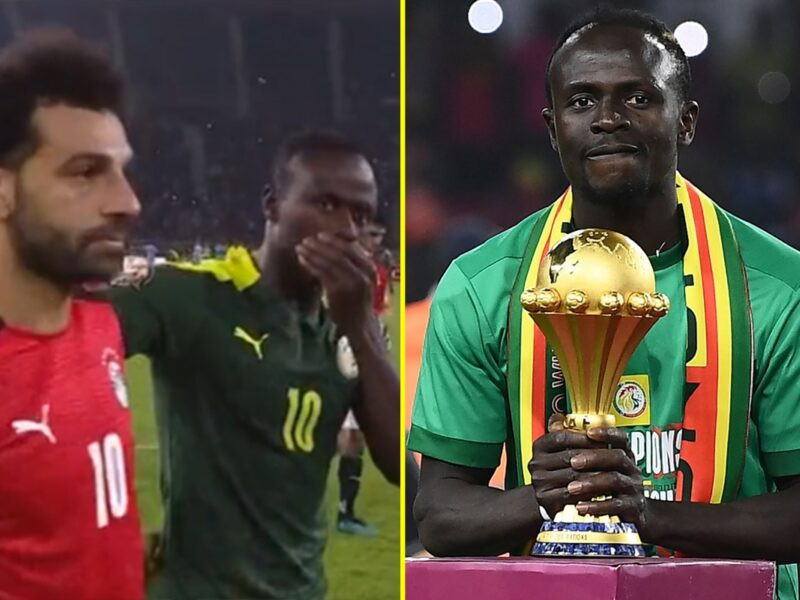