Etinosa Idemudia has fired back at Joro, after the latter called out the former on social media.

Earlier today, Joro had taken to his page to drag the actress, as he told her to keep his name out of her mouth. He also insinuated that she tried to get him to date her, and she is probably upset that he ignored her DM.

Etinosa Idemudia, addressed these claims that she wanted to date him and she said he should keep dreaming. The mother-of-one said it’s a makeup story that guys often create about hot ladies they can never get. 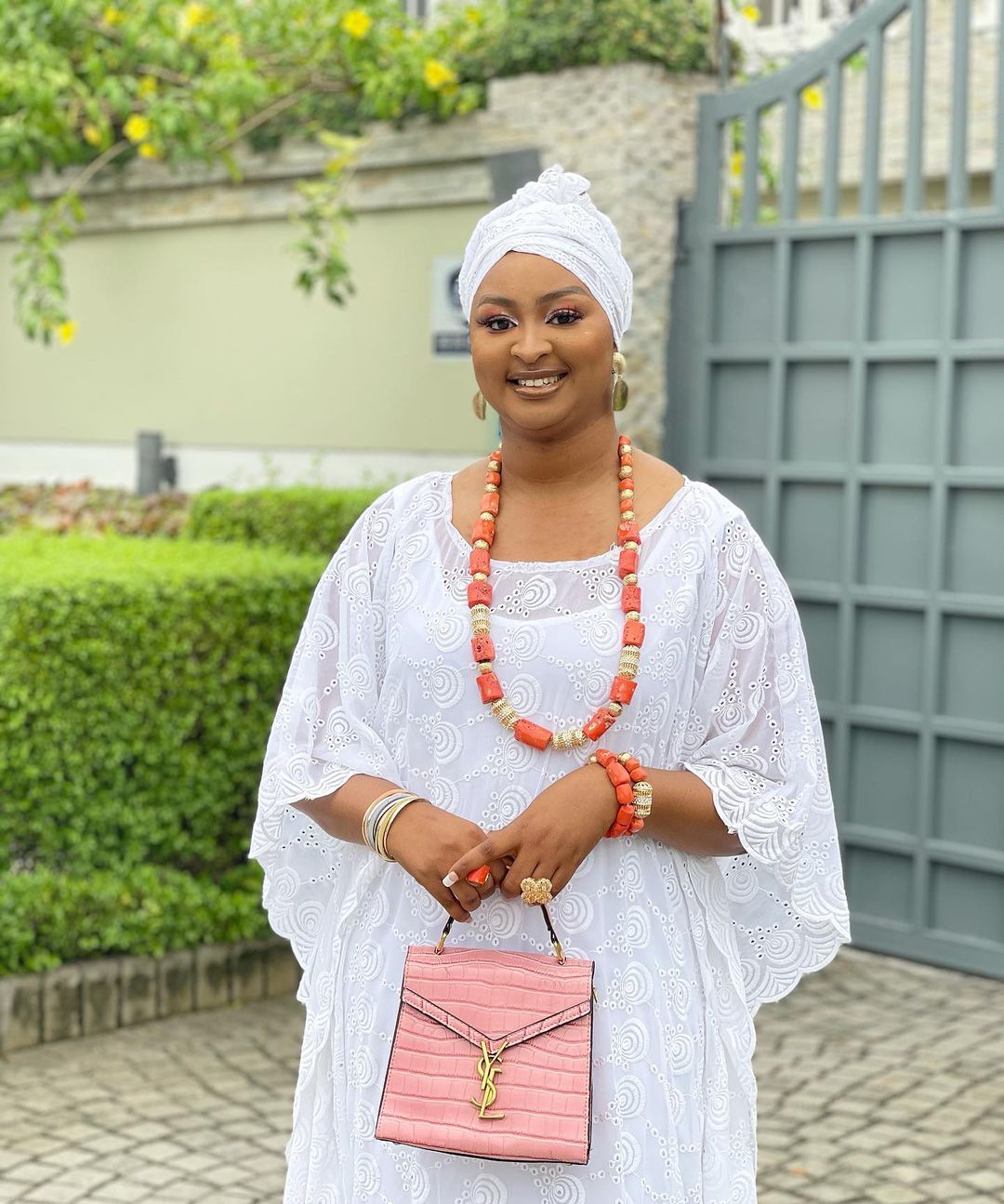 @joroolumofin Rest in Jesus Name. The term from Joro to Joro will always be a known used slang contained in the Nigerian Lexicon and until you trademark the name Joro, you have no right to rant and fight yourself. As for the story you have created about me trying to date you?? You just used your own hand to prove the meaning of Joro to Joro. It’s no new thing guys, simps making up stories about hot girls hitting on them. Girls they can never get, they droll and wet dream about. Eww keep dreaming boy, sending you love and light. 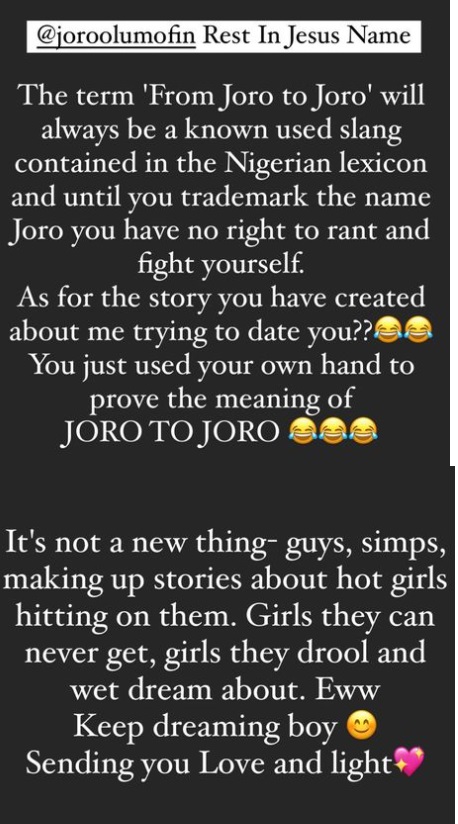