A brother to the late man, Mmadu Jude Egozor said that his late brother died after returning to the country to settle down and establish.

He added that his brother landed in Nigeria on the 2nd, but died on the 4th of January, less than 48hours after entering the country.

He however, didn’t specify exactly what killed his brother. 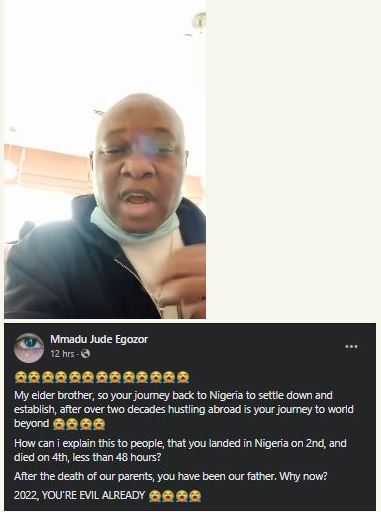