Nigerian singer, Seyi Shay and Cuppy has once again dragged attention to themselves.

The vocal coach took to her Twitter account to react to the news that American singer Rihanna is expecting her first baby with ASAP Rocky.

Unlike Don Jazzy who cried on IG before commenting that it is over between him and Rihanna, Seyi Shay revealed that she actually knew Rihanna was pregnant since last year.

According to Seyi Shay, she is happy that Rihanna has got a bun in the oven, but she wants everyone to know she heard the gist first. 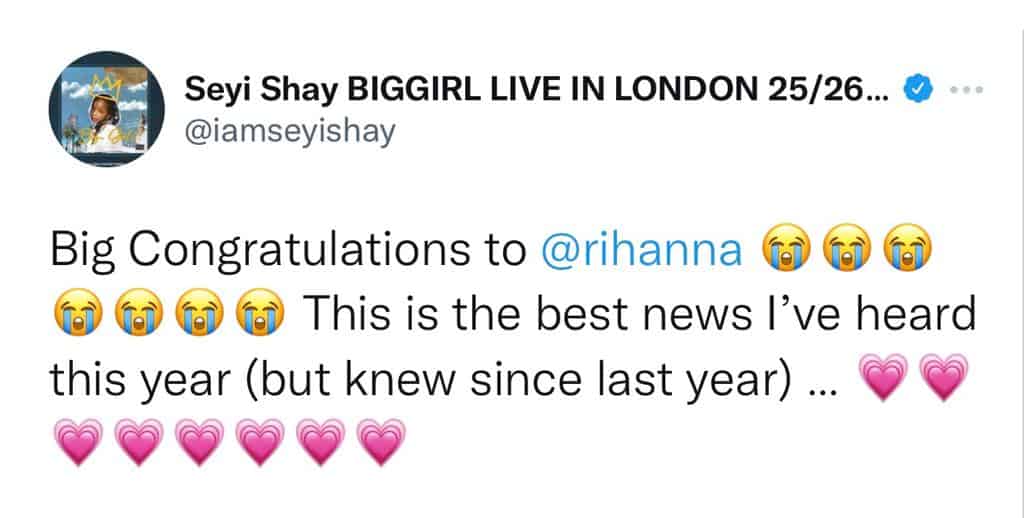 Cuppy on the other hand, took to her social media pages to reveal that her single life has received a heavy blow. According to her, she can’t believe Rihanna is expecting her first child with boyfriend A$AP Rocky, while she is yet to find a boyfriend. How sad!